Soul music, originated in the late 1950s in the United States, is a musical genre that combines rhythm and blues and gospel music (Nero, Mark E.). Blues was a style that praised the fleshly desire whereas gospel coincided with spiritual inspiration. R&B, a combination of blues and jazz, bloomed in the 1940s as small groups of majority black musicians (Nero, Mark E.) . Soul is differentiated from R&B by its use of gospel-music devices, merged religious and secular things as well as its great emphasis on vocalists. The earliest pioneers of soul music include Sam Cooke, Ray Charles and James Brown. Solomon Burke was also very influential in the popularization of soul music with his soul classics of the early 1960s recordings, “Cry to Me”, “Just Out of Reach” and “Down in the Valley” (New World Encyclopedia). Joe Tex’s 1965 “The Love You Save” is a classic Soul recording as well.

Soul music was born in Memphis, Tennessee and in the southern US where most of the soul performing artists were from. In Memphis, Staxx Records produced recordings by Otis Redding, Wilson Pickett and Don Covay. Owned by Quinton Claunch, another notable label from Memphis was Goldwax Records. Goldwax signed O. V. Wright and James Carr, who made several hits that are considered essentials of the genre.

The aesthetic of Soul music is derived from musical and preaching traditions of Blacks in the church. Soul music carries out many different vocal styles. Many soul artists incorporate shouts, hollers, moans, and screams into their songs. Soul music incorporates many different voices with varying range. It is common for many artist to improvise in order  to build the intensity of the song. In order to build the climactic points of song,  artists often repeat words, phrases, or the entire section of song to an instrumental or vocal piece (Cadenza). It is also common for performers to display the intensity of a song with the use of their body. This is commonly illustrated by James Brown.

The unique sound of soul is distinctive not only because of its origin but also because the instruments used to create a unique sounds. Soul music is loose while at the same time it is also tight and rhythmically precise. Typically, musicians use the electric bass, drums, electric guitar, and a brass section.

The Legend of Soul: Donny Hathaway 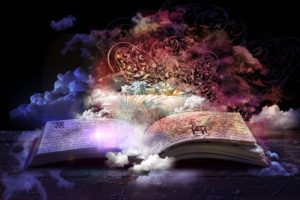 Storytelling: From Africa to African America 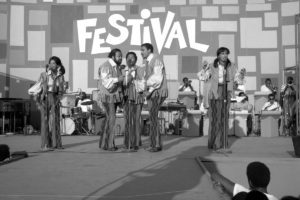 Summer Of Soul By Tyria GILMORE

Summer of soul This was the Harlem cultural festival that took place from June 29 – August 24 in 1969. This festival had artists from

From Beebop to Soul

Presented in class: April 6 From BeeBop To Summer of Soul Oh the places a black face can go Black people rejoice for it is 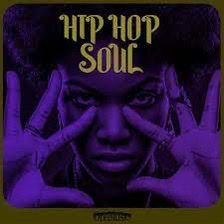 What is Hip Hop Soul? Hip Hop Soul is a Subgenre of R&B music made most popular during the 1990s. Hip Hop R&B fuses the 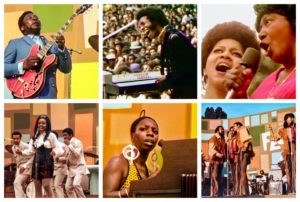 It is amazing how unique black music is  It can make people dance, sing, smile, and create, a joyful soul  All around you see fellow