Originating in the deep Southern region of the United States, and gaining popularity during the peak influence of explicit racism and Jim Crow laws, the Blues emerged full force, ready to express the emotions of the African American experience. As African Americans migrated to Northern cities, their music followed. Detroit and Chicago are prime examples of cities that are known for their influence within the Blues genre. 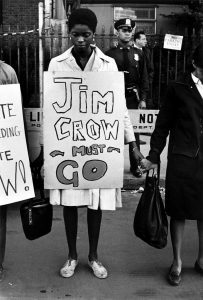 B.B. King, Muddy Waters and many more, are artist that captivated the Blues styles of music. The use of harmonicas, guitars, and the voice of an artist, who is willingly speaking on his or her personal feelings, are what make up the Blues. As the years went by, Blues continued to grow and gain worldwide attention.

As the Blues gained popularity, outsiders to the genre, began to take much interest the the Blues sound. European bands began to flock to African Americans intimate genre. It was these bands, that popularized the Blues worldwide. These actions would go on to influence what we know today as, Rock n’ Roll. It wouldn’t be until after World War II, that the original Blues crusaders would gain recognition for their influence.

Although the Blues was stolen from the African American community for profit, I can say that I greatly appreciate the sacrifice of the Blues genre, due to the influence made today. The Blues would go on to influence Rap, Hip-Hop, Jazz and Rock n’ Roll. These genres, are many of my favorites, and wouldn’t be what they are today, without the Blues.