Erykah Badu, known as the Godmother of Soul, is an iconic Neo-Soul artist who’s vocals can remind one of Billie Holiday. Her philantrophy, fashion and muscial ability transcend many ideas and many artists before her.

Erykah Badu (birth name Erica Abi Wright) was born in Dallas, Texas on February 24, 1971. Her mother and grandmothers raised her, her brother Eevin, and her sister alone after separating from their father, William Wright Jr.. She had her first taste of show business at the age of four, singing and dancing at the Dallas Theater Center and The Black Academy of Arts and Letters (TBAAL) under the guidance of her godmother, Gwen Hargrove, and uncle TBAAL founder Curtis King.

In her youth, she had decided to change the spelling of her first name from Erica to Erykah, as she believed her original name was a “slave name”. The term “kah” signifies the inner self. She adopted the surname “Badu” because it is her favorite jazz scat sound; also, among the Akan people in Ghana, it is the term for the 10th-born child.

Upon graduating from Booker T. Washington High School for the Performing and Visual Arts, Badu went on to study theater at Grambling State University. To concentrate on music full-time, she left the university in 1993 before graduating, and took several minimum-wage jobs to support herself. She taught drama and dance to children at the South Dallas Cultural Center. Working and touring with her cousin, Robert “Free” Bradford, she recorded a 19-song demo, Country Cousins, which attracted the attention of Kedar Massenburg. He set Badu up to record a duet with D’Angelo, “Your Precious Love”, and eventually signed her to a record deal with Universal Records.

In 1995, Badu became involved with rapper André 3000 of OutKast, with whom she had her first son, Seven Sirius Benjamin, on November 18, 1997. Their relationship ended in 1999. On July 5, 2004, Badu gave birth her daughter, Puma Sabti Curry; Puma’s father is Texas-based rapper The D.O.C and on February 1, 2009, Badu gave birth to her third child, a girl named Mars Merkaba Thedford, with her boyfriend of five years, rapper Jay Electronica. 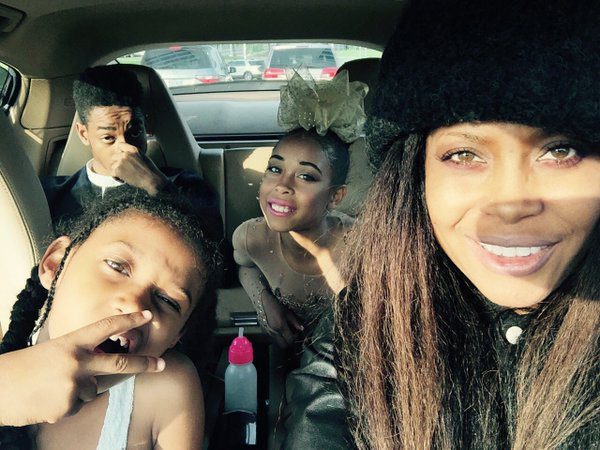 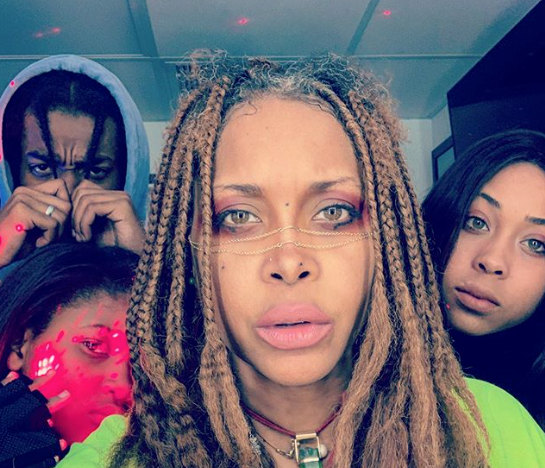 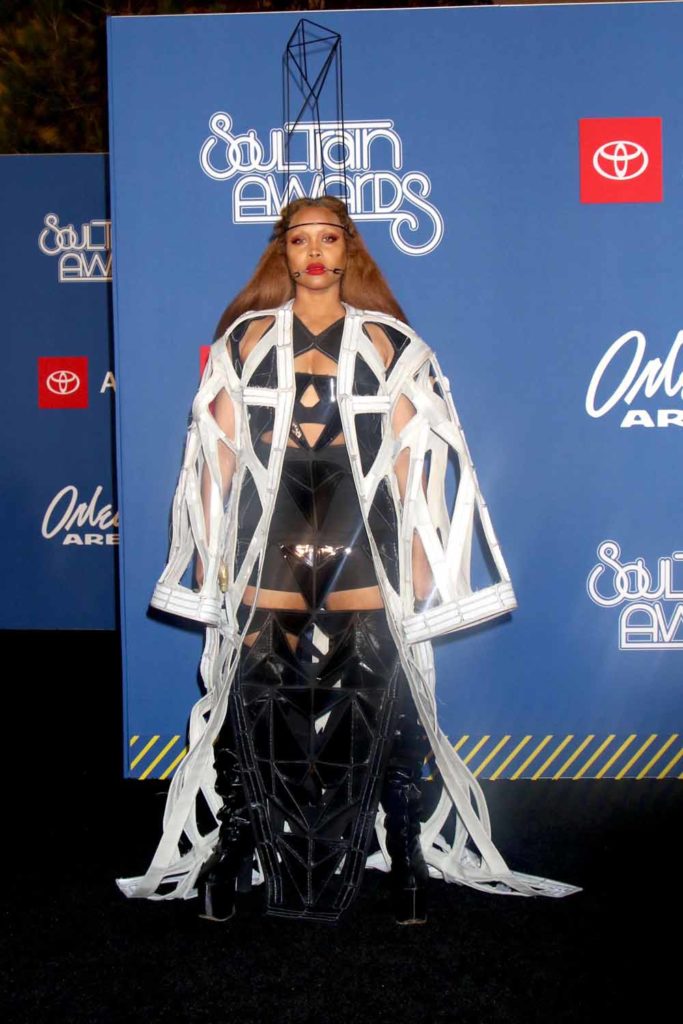 Although she disputes the term, Erykah Badu has been dubbed “the first lady of neo soul” and “the queen of neo-soul”. Baduizm‘s commercial and critical success earned Erykah Badu popularity at the time and helped establish her as one of the emerging neo soul genre’s leading artists. Along with D’Angelo’s Brown Sugar (1995) and Maxwell’s Urban Hang Suite (1996), the album has been recognized by music writers for beginning neo soul’s popularity and helping the genre obtain commercial visibility at the time. 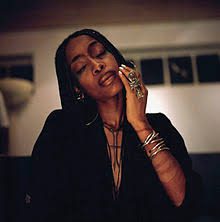 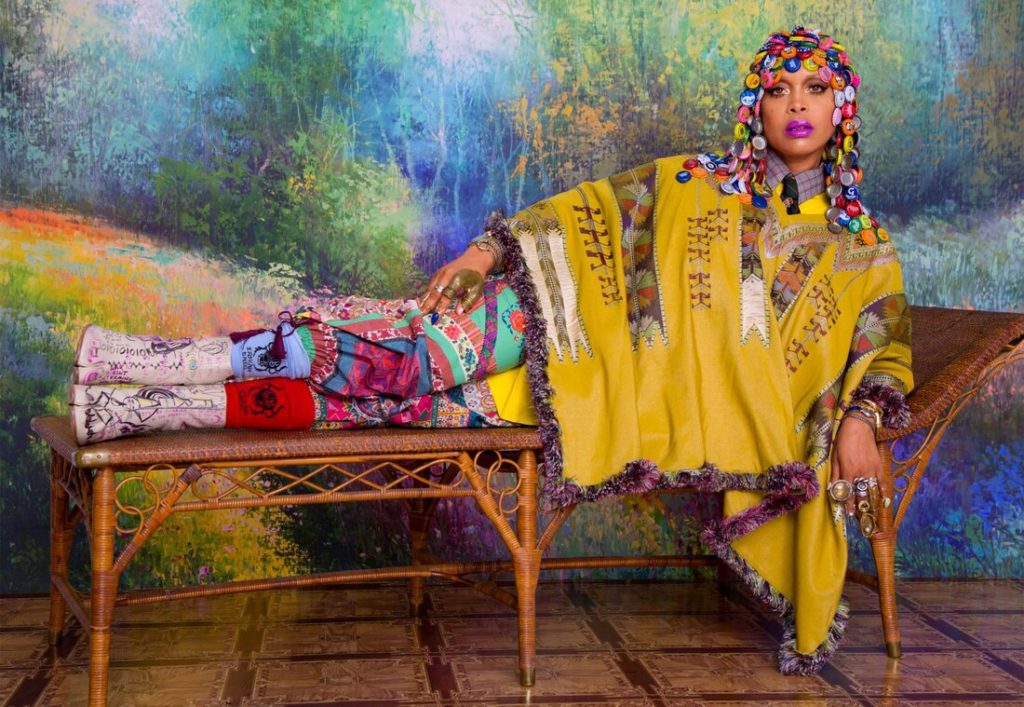 Erykah Badu’s musical style and contribution to the neo-soul genre are legendary. Her subject matter deals with social concerns and struggles within the African-American community, exploring topics such as institutional racism, religion, poverty, urban violence, the abuse of power, complacency, cultural identity, drug addiction, and nihilism.