Born Solàna Imani Rowe on November 8th, 1990 in St. Louis, Missouri a star was created. She currently goes by her stage name SZA which is short for Sovereign Zigzag Allah. She relocated to Maplewood, New Jersey where she was raised by her Muslim father who was an executive producer for CNN and her Christian mother who was an AT&T executive. Solàna was raised as an orthodox Muslim and every day after attending Columbia High School she attended a Muslim Preparatory School. Due to the 9/11 attack SZA was subjected to severe bullying which caused her to stop wearing her hijab as she was very active in school and sports such as gymnastics and cheerleading. She still practices Islam, just not longer covers.

Prior to SZA’s album CTRL she has been one of the most underrated alternative R&B singers of the century. What separates Solàna from everyone else is her extreme creativity and her dedication to herself. She’s not in the business of following trends and ascribing to labels she’s breaking down barriers and living herself free to explore the art of music in its entirety. Just looking at her one will thrive with curiosity as her unique sense of style and self gives off Solange and Erykah Badu vibes with a splash of Afro-Punk. Her hair is the primary topic of discussion in which it gives the critics something to talk about, either you hate it or you love it. It ranges in colors of auburn, red, black and brown with a kinky straight look. Her hair is also big, very big which strikes the crowd’s attention from the start. Everything about her is so natural and real looking she’s truly organic which reflects in her music. Her debut album CTRL really gives the listeners a front row seat to her life.

The start of SZA’s career was different than many artist as she was noticed during the very beginning of her music making, but it was rocky in the event of getting signed and producing her first debut album. Since 2011 she has been practicing the art of music and self-released her first EP titled “See.SZA.Run” in October of 2012. In April 2013, she self-released her second EP titled “S”. Soon after in July 2013 it was announced she was signed to the same label as Kendrick Lamar, Top Dawg Entertainment (TDE) in which she was the first and only female artist to be signed.

On April of 2014 TDE released Solàna’s first retail released EP titled Z. That was the start of her career as she has a range of songs and even a feature from Chance the Rapper. SZA started working on her debut album that was supposed to be initially entitled A, but she struggled with herself in depression and lack of self-love as well as issues with the label on getting a release date. Feelings were poured out via twitter as she used petty tweets to express her frustrations with label TDE. In the meantime, she began writing songs for artists such as Beyoncé, Nicki Minaj, and Rihanna. With strong contributions from Rihanna and Tyran Donaldson, SZA co-wrote Consideration which was featured on Rihanna’s eighth studio album Anti not only did she help write it, she was featured on it and performed live with Rihanna for the first time at the 2016 Brit Awards on February 24th, 2016.

From the very beginning 2017 was an excellent year for SZA as she finally received her “big break”. In January of 2017 SZA announced her debut album will be titled CTRL opposed to A, that same month she performed her lead single Drew Barrymore off album CTRL on Jimmy Kimmel Live! On April 28th, 2017 SZA announced she had signed her first major label recording contract with RCA records.

On June 9th, 2017, Solàna released her debut album CTRL scoring an 86 out of 100 on Metacritic, it also debuted number 3 on the US Billboard 200 with 60,000 album equivalent units and 25,000 pure album sales. July 5th, 2017 Solàna announced an official North American concert titled “CTRL the Tour” to continue to promote the album. The tour started August 20th and ends December 22nd. Despite there being no European tour rapper/singer Bryson Tiller announced SZA would be opening for his “Set it Off Tour” which started October 17th and ends November 30th, which is separate from her tour.

In August 2017 SZA featured on Maroon 5’s song “What Lovers Do” and just a month later released the song “Quicksand” which appeared on HBO’s hit series Insecure. Following that she also announced that she has been working on a collaborative album with Mark Robson and Tame Impala.

SZA’s music style is unique as she’s the primary creator of everything, self-written songs and she even assists with the creation of her beats. Though many struggle to label her music as it is somewhere in between Alternative R&B and Neo-Soul she believes labels take away a meaning as she stated before, “When you try to label it, you remove the option for it to be limitless, it diminishes the music.” Her music is ultimately a freestyle of her feelings and touches on themes such as abandonment, sexuality, love and nostalgia. She has a range of influences, but mainly Ella Fitzgerald for her vocals and Lauryn Hill as one of her personal influences. SZA talked about in one of her interviews that her music isn’t her primary focus, but she’s more concerned about creating art as it is clear in her public image. The baggy artsy comfortable clothing and the big natural hair look. Everything about her from her music to appearance screams individuality and creativity.

Starting with her leading single Drew Barrymore she tells a story which stems from a real-life experience. As she told her listeners at her Atlanta Concert on October 9th, 2017 she met this guy who she was strongly attracted to and she brought some substances for them to engage in together to a party he invited her to. Meanwhile she doesn’t really like to party, but she decided to show up for him anyway. The guy ends up bringing a girl and him and the girl were romancing the whole night. SZA left the party extremely stoned and inspired which produced such a wonderful song discussing that traumatizing experience that she learned from.

Love Galore featuring Travis Scott peaked in the top 40 of the Billboard Hot 100 chart and was later certified platinum, making the first million-selling song of her career. The song describes her mean streak and being played by a man who thought he was better than her. All while doing so he played himself and she played herself by giving herself to him and she regretted it due to the disrespect and embarrassment he caused her. She also touches base on sexuality as she admits to being intimate and romantic with both women and men. Overall, it’s about bouncing back and her escapade of being younger and just naive and unaware, which is extremely relatable to all.

In addition to those SZA’s single The Weekend serves as the albums third single and an all-time favorite of the millennials. She wrote the song with Cody Fanye and gave credit to Justin Timberlake, Timbaland and Danja as the song samples their 2006 song “Set the Mood(Prelude)/Until the End of Time”. The video of the song is in process and will be directed by Solange Knowles. Overall, the song describes her being played by a man similarly to “Love Galore” and her sharing him with another woman, but not really caring as they both know what each other needs and wants and will supply it regardless.

Solàna’s music is real, raw and relatable. Which creates a platform for her to continue to grow and succeed as an artist. Music is an art of self-expression. Her real-life emotions mixed with syncopation and bop makes it an instrument of emotional outlet for all. She performed live prior to her North American tour at the 2017 BET Awards, it was her first live performance at an award show without an accompanying artist. She has also been recognized for her talents through nominations and pending award status, including Best Artist and Best Push Act at the MTV Music Awards, Best New Artist, Best R&B/Soul Female Artist, as well as Outstanding New Artist at the NAACP. She recently won on November 26, 2017 Album of the Year and Best Collaboration at the Soul Train Music Awards. 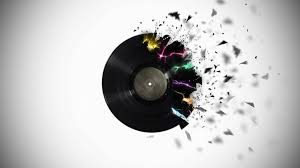 The Influence of Techno in Music Today

Techno is electric dance music that originated in Detroit, Michigan. Their are many sub-geners such as acid, minimal, ambient, dub and house. Dub seems to 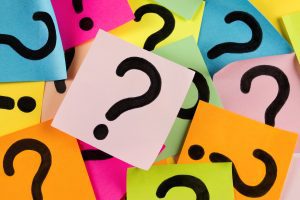 Racism is a very prominent issue in today’s society. African American Music can be used to bring awareness of social issues and go more in 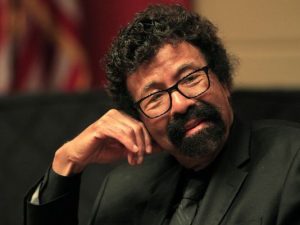 A performer, composer and educator Born in Indianapolis on Dec. 21, 1931 and passed away in March 2016 Founded Indiana University’s jazz studies program in 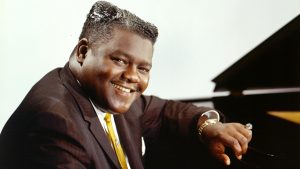