Chloe x Halle is a grammy-nominated R&B/Pop duo that is using their platform to inspire others by creating music with meaningful messages, using their authentic voices, and being themselves. They are sisters, Chloe and Halle Bailey, that were born and raised in Atlanta, GA and now live in Los Angeles, CA. They started acting in movies like the Fighting Temptations, and Last Holiday at early ages, but when they were 12 and 11 they started singing covers and posting them online. They went viral after post a cover of Beyoncé’s “Pretty Hurts”. The video now has over 19 million views. Parkwood Entertainment, the label Beyoncé founded, saw the video and signed the video and sent them an email about a record deal. The sisters signed to Parkwood Entertainment and appeared in Beyoncé’s visual album “Lemonade”.

Professional Career As Singers and Actors

Chloe and Halle are self taught songwriters and began writing songs when they were 10 and 8. Their dad inspired them to doing things on their own and to not rely on other people to do things for them. Before becoming viral on YouTube, Chloe X Halle had connections with Radio Disney and Disney Channel. They were featured in the Disney Channel movie  Let It Shine and on the Disney Channel show Austin and Ally. Their song “Unstoppable” was featured in the Austin and Ally sound track in 2013. In 2012, Chloe x Halle won the Radio Disney Next Big Thing Award and were featured in some Radio Disney releases.  In 2013, they released their first EP, Uncovered. Shortly after Lemonade debuted, Chloe x Halle released their second EP Sugar Symphony. They have performed at the White House Easter Egg Roll, with Michelle Obama introducing them. They also were featured in Michelle Obama’s charity single “This is for My Girls”. When Beyoncé did her Formation World Tour, Chloe x Halle opened for her during the European tour dates. In 2017, they released a mixtape on their own called “The Two of Us”. One of Chloe x Halle’s most successful projects is their debut album “The Kids Are Alright”. The album featured the songs “Grown,” which is the theme song to the Black-ish spinoff Grown-ish, and “Warrior”, which is in the soundtrack for the movie A Wrinkle in Time. Both Chloe and Halle are actors on Grown-ish playing characters Jazz and Sky. Earlier this year, Chloe x Halle released their second album “Ungodly Hour”, which is their most successful project thus far. The album entered at #16 on the Billboard 200 charts. Currently, both Chloe and Halle have roles in upcoming films. Chloe is going to be featured in the movie The Georgetown Project, and Halle is making her debut as Ariel in the live action version of The Little Mermaid.

Chloe X Halle’s contemporaries include Megan Thee Stallion, Doja Cat, Teyana Taylor, and Ari Lennox. Much of Chloe X Halle’s music is mix R&B, Pop, and Hip-Hop and these artists music have similar sounds and elements to theirs.

Beyoncé is definitely one of Chloe X Halle’s biggest influences. “Best Thing I Never Had” was the first cover the uploaded on YouTube and now Beyoncé mentors them through Park Entertainment. Halle said that Billie Holiday is one of her biggest influences in an interview with Time Magazine. “I discovered her voice when I was 5 years old. Just that sound she emits and the feeling she gives you is pure love and joy and relaxation. I feel like I’ve taken those melodies that she’s given me and incorporated them into my repertoire.”

In light of the murders of George Floyd, Breonna Taylor and others that were headlined in the beginning of Summer 2020, Chloe X Halle made a decision to postpone the release of their album Ungodly Hour. Since then they have constantly using their platform to spread awareness about the Black Lives Matter Movement.  “Just my sister and I going out there and creating in a male-dominated industry, and letting our voices be heard, we’re standing for all Black women and our brothers. Just being ourselves and letting them know that you can do anything you put your mind to. We’re always thinking about that, and how we can uplift our community in any way we possibly can”, said Chloe in an interview with Vogue. 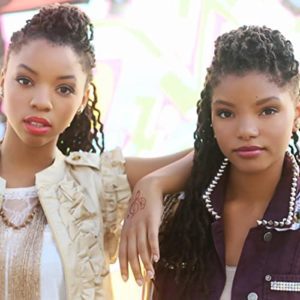 Uncovered is Chloe x Halle’s first EP and it was released in 2013. It features covers of songs by Katy Perry, Miley Cyrus, and Lady Gaga.

Sugar Symphony is the EP they released after signing to Parkwood Entertainment. It was released in 2016. 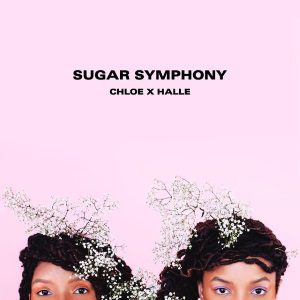 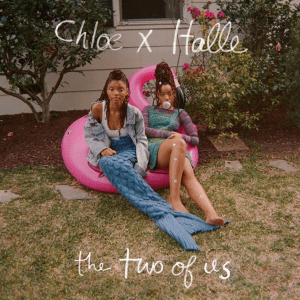 The Two of Us is a mixtape Chloe X Halle self-released in 2017.

The Kids Are Alright is Chloe X Halle’s debut album, released in 2018. From the success of this album, they were nominated for two Grammys, Best New Artist and Best Urban Contemporary Album. Chloe co-produced or produced most of the songs. In an interview with Time Magazine,  Halle said that they had been working on the album before the EP and mixtape. The album is about growing up an their experience’s in life as they enter adulthood. 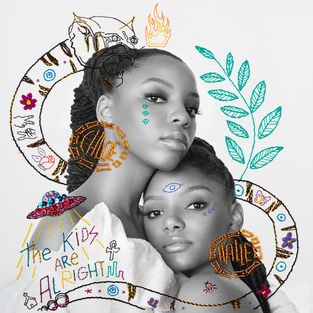 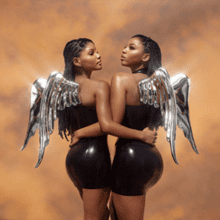 Ungodly Hour is Chloe x Halle’s second album. It entered the Billboard Top 200 charts at #16. It contrasts from their debut album, The Kids Are Alright, because the visuals are more edgier and the songs have more adult themes around love, self-worth, relationships etc. Chloe co-produced 10 of the 13 songs on the album.

• Nominated for two BET Awards, Best Group and Her Award for The Kids Are Alright

• The Kids Are Alright was nominated for a Soul Train Music Award, Best Album

• Halle was nominated for a NAACP award for Outstanding Supporting Actress in a Comedy Series,  for Grown-ish

• Nominated for three VMA’s, Best R&B and Best Quarantine Performance for “Do It” and Best Group

• Nominated for a People’s Choice Award, Group of 2020

*The 2020 People’s Choice Awards, WOWIE Awards, and Soul Train Music Awards have not occured yet*

Chloe X Halle are an up and coming music duo that are already on their way to becoming bigger than what they already are.  By writing and co-producing their own songs, they show their authentic selves in their music. They are multitalented individuals who tell their stories and inspire others through music. With Ungodly Hour doing so well on the Billboard charts and receiving multiple nominations, it’s not going long before they receive a major music award. They are very independent and do not let the outside world determine what they do.