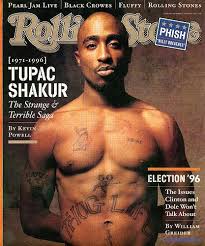 Tupac was known as the most influential and self-destructive pop star of the 90s. His husky voice represented severe denial within himself. However, no matter what, he loved and praised strong women Tupac had a strong love for everything factored around his music, but art and reality became a non-factor after his murder in Las Vegas in 1996 (“Rolling Stone- Tupac Bio).

Mother Shakur was pregnant in jail.... 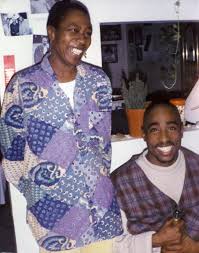 Tupac Shakur was the son of Black Panther members Billy Garland and Afeni Shakur. His mother was pregnant with him in jail, and after birth, he was named Tupac Amaru for an Incan Chief whose name means “shining serpent.” Shakur is Arabic for “Thankful of God.” 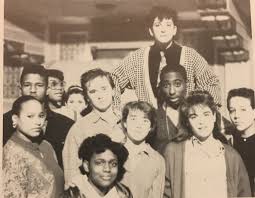 Shakur spent his younger days in the Bronx and Harlem. At age 13, he participated in an acting debut in “A Raisin In the Sun” at an Apollo Theater. 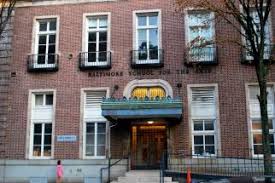 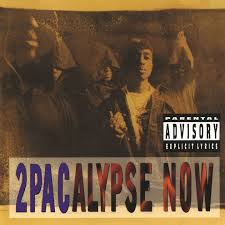 He attended Baltimore School of Arts before dropping out at age 17, and staying in Marin County, California. In 1991 he signed with Interscope and released the album “2pacalypse”. This album turned out to be #64 for Pop and #12 for R&B. The the album consisted of a mixture of inner-city pictures and messages of racial strength. He was all about unity and respect. He never wanted anyone to feel less than anyone else because of his struggle. Tupac’s police record was longer than his music hit list. In 1992 he was arrested for being accused of killing a 6-year old boy, who was killed by a bullet caused by a fight between Tupac and two others. In 1993, he was charged in Atlanta with shooting 2 police officers who were off-duty. And let’s not forget he became even more of a target due to the hype between the West Coast v.s East Coast hip hop “beef.”

Taking A Closer Look....Who Do You Think Was Responsible?

In 1996 in the drive-by murder, Tupac’s last words weren’t seen as peaceful. “He looked at me, and he took a breath to get the words out, and he opened his mouth….And then the words came out: “F**k you.” He was shot many times on September 7, 1996 after leaving a boxing match with Suge Knight [Death Row Records CEO], and died 6 days later. The rappers and bodyguards got into a fight with a 21-year old Crip member named Orlando Anderson in a Grand casino lobby. News stated a man shot out the back window of the car Tupac was in, in a white Cadillac after pulling u beside him and Suge Knight. Tupac never spoke another word. Research says he went into surgery, bled heavily, possibly going into a comma and that he never came out of, said one of the cops. 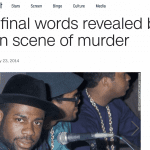 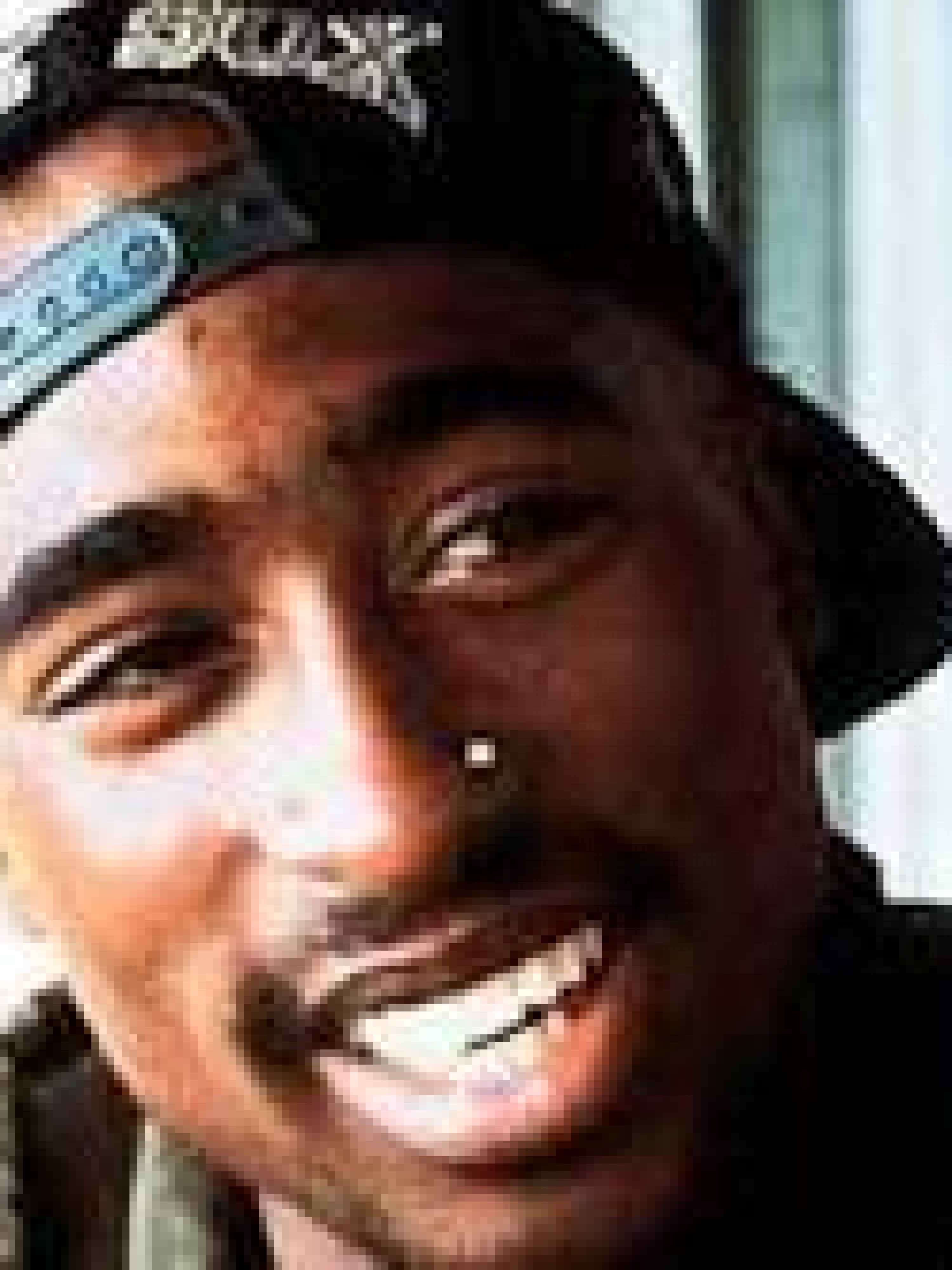 Tupac’s murder has never been solved. Tupac was a great spokesperson for his generation and those who struggled for equality just as he did. After he died, he became an icon symbolizing noble struggle. His biggest battle was himself, sometimes. For the funeral, his body was cremated and members of his old band Outlawz, said they had smoked some of his ashes in honor of him.

His mom said she would scatter them in Soweta, South Africa “the birthplace of his ancestors.Sadly, Tupac thought his father was dead all his life. He said, “I felt I needed my daddy to show me the ropes and I didn’t have one.” It’s sad of any man to share these words, no child deserves this. He also has a younger sister named Sekiya who is 2 years younger than him.

Tupac to 2pac: Manager Atron Gregory got him a gig as a roadie/groupie and dancer for the Hip hop group Digital Underground in 1990. On his 1stAlbum, he sold 500,000 copies and was then established as an uncompromising social commentator on songs like, “Brenda’s Got A Baby.” This song tells a story about young mother’s who are in poverty.

He often complained that he was misunderstood, he felt like his sensitive music went unnoticed which is why he incorporated more drug and killing in his music.

He believed Biggie was behind the shooting November 1994, when he was shot in Manhattan recording studio by 2 black men. Biggie denied everything, but they arrested Dexter Isaac who’s serving a life sentence, claiming he was paid to steal from Tupac, said an artist manager. Months after that (February 1995) Tupac was sentenced between 1 1/2- 4 ½ years of jai for sexually abusing a female.

Sources have said that the family is not a fan of the movie. Co-producers were Morgan Creek and Emmett/Fula. The problem started in 2009 when Morgan Creek sued Amani in an argument about Tupac Shakur’s life rights. In 2011 it was settled with Morgan Creek getting permission to continue with the set. However, the project remained on hold until 2015 with the option in the process of being stopped and terminated. Shakur’s camp (people in charge of the set) said the movie didn’t do anything to lift their spirits and that the story line wasn’t accurate. Afeni (his mother) died May 2016 and was not listed as an executive producer although she had every right to receive the credit.