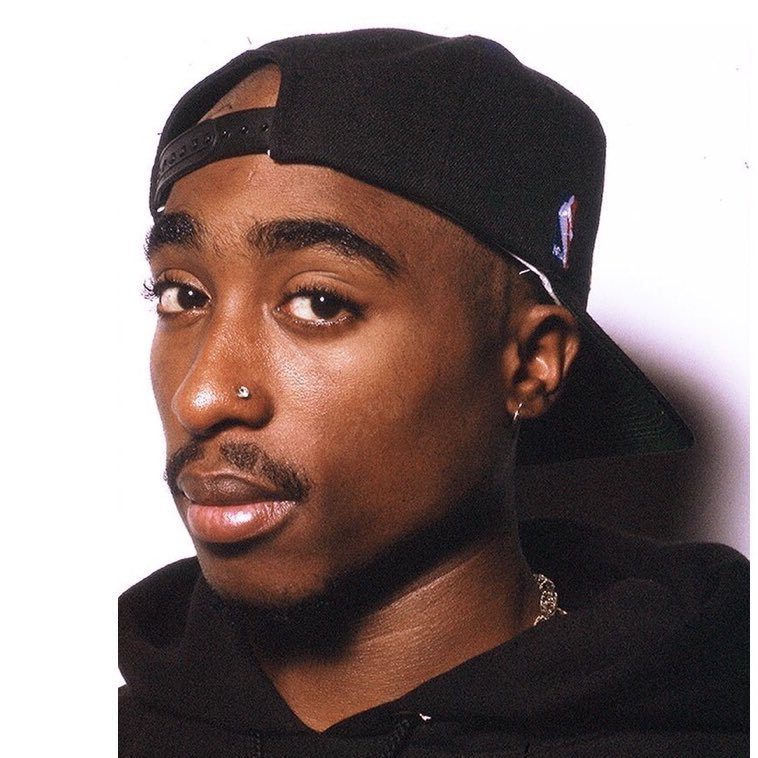 This research of Tupac Shakur is based off scholarly journal articles, websites, and biographies. All which include his background, early life, career and even his death. Tupac portrayed a lifestyle everyone wanted to have. He had everybody’s respect in the music industry, his fans looked up to him, and he always had someone there to support him. During this research I found Tupac’s music plays a big role in pop culture. His music was heard by millions of people and has influenced many. The music he wrote was the real deal.

Tupac Shakur was one of the most influential music artist of the 20th Century. Tupac Amaru Shakur was born on June 16, 1971. Tupac Amaru means “Shining Serpent” referring to wisdom and courage and Shakur meaning “thankful to God”. Shakurs mother, Afeni Shakur, was a leading member of the Black Panthers, a radical wing of the civil rights movement, with support for hardcore ghettos as well as white patronage. When Tupac’s mother was pregnant with Tupac she was spending time in the Woman’s House of Detention in Greenwich Village for conspiring to bomb several public places in New York City. A big moment in Tupac’s intellectual life occurred when he was twelve. At the age of twelve his mother enrolled him in 127th Street Ensemble, a theater group in Harlem. Even at an early age his mothers political views where confusing, and intriguing him. Shakur compiled an extraordinary resume consisting of various forms of entertainment before passing away at the age of 25. Tupac Shakur accomplished more in his short lifetime than most people could.

Tupac became the unlikely martyr of gangsta rap, and a tragic symbol of the toll its lifestyle exacted on urban black America.  He had everybody’s respect in the music industry, his fans looked up to him, and he always had someone there to support him. He was well liked and respected by many. Tupac’s music plays a big role in pop culture. His music was heard by millions of people and has influenced many. The music he wrote was the real deal. He sang about the troubles of growing up with a single parent, having to go threw racism everyday, etc. His music is nothing compared to today’s, he became a living symbol of his generation. Tupac Shakur ,was one of the most influential poets, slash song writers, actors, and much more than that, he was an icon . He influenced a society full of teenagers, adults, and children. In today’s world we have rappers, rapping about the most idiotic stuff that has nothing to to with anything. Most of these rappers can’t get the attention Pac did because of the message they send, which is why people go back to the old school music. It’s something they can relate to and get a good understanding of. Tupac’s message and influence on many alternative rappers became well known through interviews, music, and poems. Not only was Pac an inspiration to rappers, but he was also a role model for many teenagers and young adults. He was known as a symbol of rap and it’s violence. More than anything, he was a martyr of this culture. Tupac started the rapid growth of the rap/hip-hop/pop culture. Through various albums from trust, to racial discrimination, Pac spoke passionately about how the society helped him grow as a man. This was the legacy that made Pac an influential character to the society we live in.

Tupac has released a total of 11 platinum albums: four during his career, with seven more released posthumously. To date, Tupac has sold more than 75 million records worldwide. As of September 2017, the Recording Industry Association of America listed Tupac as the 44th top-selling artist of all time by album sales and streaming figures.

Unlike many copycat rappers, Tupac lived the thug life that his music portrayed. The rapper then successfully auditioned to become a dancer and roadie for the rap group Digital Underground and simultaneously worked relentlessly on his own material. He appeared on that group’s This Is an E.P. Release EP (1990) and Sons of the P (1991). In 1991 he signed with Interscope and released the album 2pacalypse, a musical mixture of inner-city portraiture and messages of racial strength. An underground hit, the album spawned the single “Brenda’s Got a Baby”. Shakur also became a successful actor in the early 1990s, appearing in Ernest Dickerson’s Juice (1992) and Above the Rim (1994), and giving a critically acclaimed performance opposite Janet Jackson in John Singleton’s Poetic Justice (1993). Despite a promising start and wide praise for his performances, the rest of his film work was far less acclaimed; he ended his acting career as James Belushi’s sidekick in the mostly ignored Gang Related. Shakur’s second album, Strictly 4 My N.I.G.G.A.Z., yielded the hits “I Get Around” and “Keep Ya Head Up”. He also released an album as part of the short-lived Thug Life group in 1994.

Tupac’s first album as a solo artist was 2Pacalypse Now. Although it did not yield any hits, it sold a respectable 500,000 copies and established Tupac as an uncompromising social commentator on songs such as “Brenda’s Got a Baby” — which narrates an underaged mother’s fall into destitution — and “Soulja’s Story,” which controversially spoke of “blasting” a police officer and “droppin’ the cop.” The song was cited as a motivation for a real-life cop killing by a teenage car thief called Ronald Ray Howard, and was condemned by the then-U.S. Vice President Dan Quayle. “There is absolutely no reason for a record like this to be published,” Quayle said. “It has no place in our society.” With those words, Shakur’s notoriety was guaranteed.

Tupac’s second album, Strictly 4 My Niggaz, dropped in February 1993. It continued in the same socially conscious vein as his debut. On the gold-certified single “Keep Ya Head Up,” he empathized with “my sisters on the welfare,” encouraging them to “please don’t cry, dry your eyes, never let up.” The video featured a cameo from his good friend, actress Jada Pinkett-Smith , whom Tupac had met in high school at the Baltimore School for the Arts in Maryland.

When Tupac’s third solo album came out on March 14, 1995, he was in jail. Its title, Me Against the World, could not have been more apt. It reached No. 1 in the Billboard 200 chart and is considered by many to be his magnum opus — “by and large a work of pain, anger and burning desperation” wrote Cheo H. Coker at Rolling Stone. But there was vulnerability, too — lead single, “Dear Mama,” was a tear-jerking tribute to his mother, Afeni, that hit number 9 on the Billboard Hot 100 in April 1995.

Tupac’s debut for Death Row, the double-length album All Eyez on Me, came out in February 1996. With his new hip-hop group Outlawz debuting on the album, All Eyez on Me was an unapologetic celebration of the thug lifestyle, eschewing socially conscious lyrics in favour of gangsta-funk hedonism and menace. Dr. Dre, who had pioneered g-funk with NWA, produced the album’s first single, “California Love” — which went to No. 1 on the Billboard Hot 100, and remains Tupac’s best-known song. The third single from the album, “How Do You Want It,” also reached No. 1. Within two months of its release, All Eyez on Me had been certified five-times double-platinum. It would eventually become diamond certified.

Released as a single in June 1996, “How Do You Want It” was more famous for its B track, “Hit ‘Em Up,” which aired Tupac’s West Coast feud with East Coast Bad Boy rivals. On the inflammatory song, Tupac spat venom at artists including Biggie Smalls, Lil Kim, Junior M.A.F.I.A. and Prodigy of Mobb Deep. The track seemed to chillingly presage Tupac’s death and the ensuing conspiracy theories: “Grab ya glocks, when you see Tupac; Call the cops, when you see Tupac, uh; Who shot me, but ya punks didn’t finish; Now ya bout to feel the wrath of a menace,” he rapped.

Tupac’s fifth album, Don Killuminati: The Seven Day Theory, was released in November 1996, just eight weeks after his death. It also reached No. 1 on the charts. Tupac recorded a total of six studio albums released posthumously, up to and including Pac’s Life in 2006.

Despite the incident with director Allen Hughes, Tupac continued his acting career — starring alongside Janet Jackson in 1993’s Poetic Justice and Mickey Rourke in 1996’s Bullet.

On November 21, 2017, a six-part series,Biography present: Who killed Tupac?, which follows civil rights attorney Benjamin Crump as he conducts an investigation into key theories behind Tupac’s 1996 killing, will air on A&E

He has sold 75 million albums to date, making him one of the top-selling artists of all time. A sensitive, precociously talented and troubled soul, Tupac was gunned down in Las Vegas on September 7, 1996 and died six days later. His murder has never been solved.

Tupac began his music career as a rebel with a cause to articulate the travails and injustices endured by many African-Americans. Tupac died on September 13, 1996 of gunshot wounds inflicted six days prior. On September 7, Tupac was in Las Vegas with Suge Knight to watch a Mike Tyson  fight at the MGM Grand hotel. There was a scuffle after the bout between a member of the Crips gang and Tupac. Knight, who was involved with the rival Bloods gang, and members of his entourage piled in. Later, as a car that Tupac was sharing with Knight stopped at a red light, a man emerged from another car and fired 13 shots, hitting Tupac in the hand, pelvis and chest. He later died at the hospital. His girlfriend Kidada and his mother Afeni were both with him in his final days

Other Works by the Author: 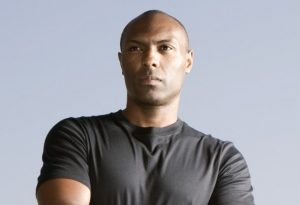 Kenny Larkin Kenny is a Detroit native techno producer. One of the world’s premiere leaders of Detroit techno. He is a producer, DJ and remixer. He was influenced

The Significance-What Difference Does It Make?

Music, in-spite of the negativity and controversy that often surrounds it, can have a positive influence on listeners. The sound and messages that is release through

During the videos in Friday class, it shows how being Black can impact the world good and black. If a Black person impact in a 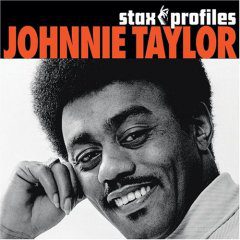 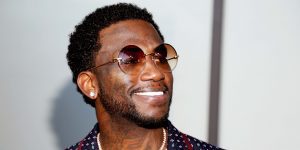