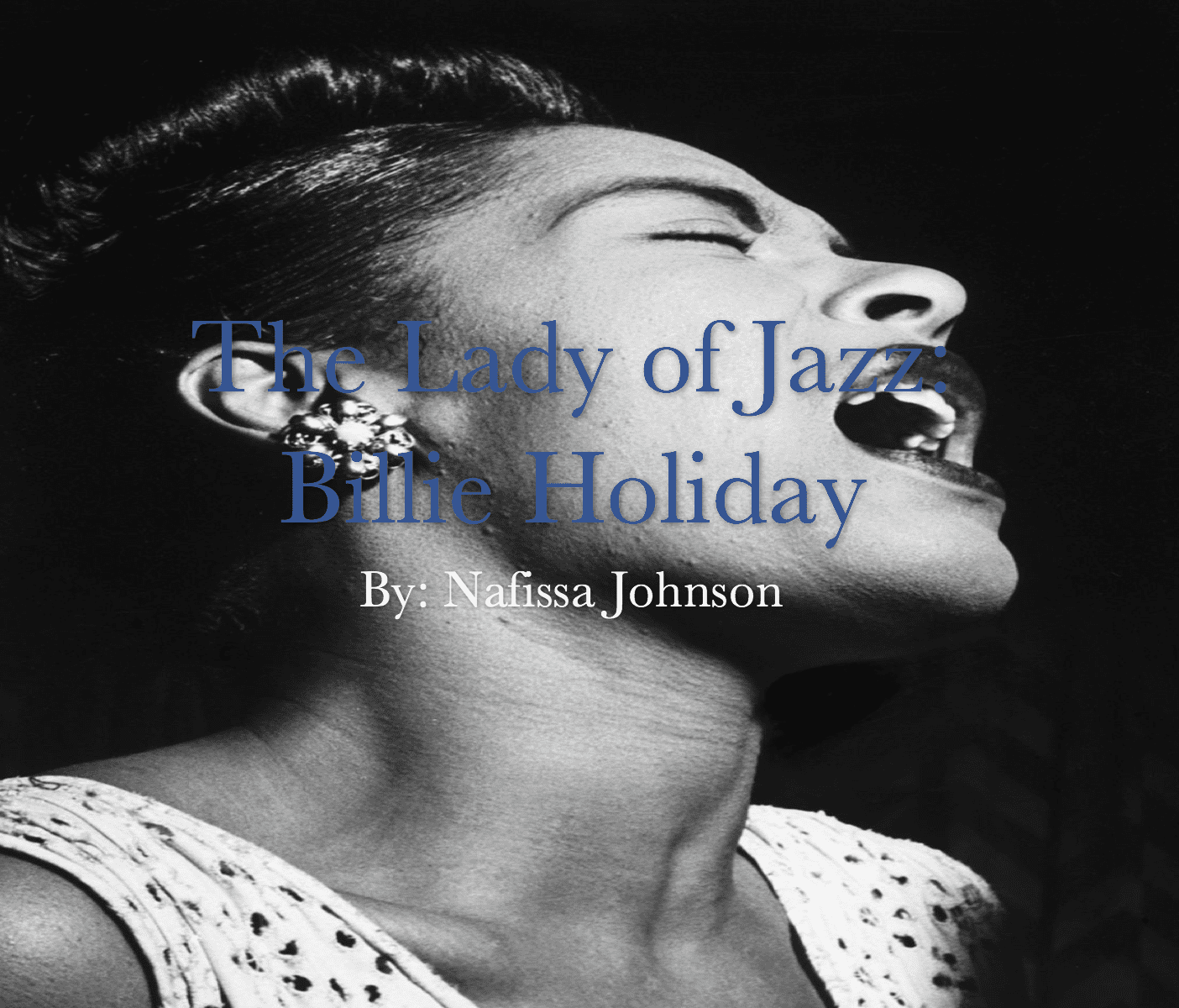 I chose to focus on Billie Holiday because of her influence she had the civil rights movement and how she incorporated the events occurring in the South into her music. Although Holiday was successful she battled personal issues that shaped her musical experiences. I focused in on literature that spoke about events that shaped Holiday’s career. I found articles using the AUC Woodruff library online database, Google Scholar, and also Google.

Billie Holiday was a renowned jazz vocal artist known for her improvisation style and rhythmic flow (Burnim & Maultsby, 2015).  Billie Holiday was born on April 7, 1915 in Baltimore, Maryland as Eleanora Fagan Gough to Clarence Holiday and Sadie Fagan (Bush, 2017). Holiday chose Billie as her stage name to pay homage to the movie star Billie Dove and Clarence Holiday, her father, who was a successful guitarist (White, 1988). Holiday dropped out of school in the fifth grade and found work running errands in a brothel (PBS, 2006).  After moving to Harlem with her mother, Holiday was arrested for prostitution. Finally, after being released from jail, Holiday was hired at Pod and Jerry’s Log Cabin Club to sing. Although Holiday did not have any formal training, she was able to create a name for herself in the music industry.

Holiday desired to become a dancer and tried to find any job to fulfill her passion. Through this Holiday became recognized all over Harlem for her distinctive vocal style. Holiday became inspired by the recordings of Bessie Smith and Louis Armstrong. At age twenty Holiday was scouted by a jazz-writer music producer, John Hammond. John Hammond described Holiday’s style as being “bluesy bought by a slow and rough quality of jazz that was often upbeat and light “(PBS, 2006). The major boost of sponsorship led Holiday to tour all over Europe with the famous saxophonist player Lester Young. Holiday and Young toured all over Europe with Count Basie’s Orchestra. Holiday continued to work in the 1930s with jazz artists such as Duke Ellington, Ben Webster, Benny Goodman and more (PBS, 2006). Throughout her career Holiday was able to incorporate her emotion into all of her musical pieces which allowed her to combine Jazz and Blues together. Under the surface of Billie Holiday’s successful career she battled against sexual and drug abuse. Holiday’s career was influenced by racism, the events of the lynchings in the South and her personal life.  These experiences ultimately shaped her career and how she is perceived to many today.

During Holiday’s musical career Jim Crow Laws made it increasingly difficult for Holiday to perform and record her music (Kilment, 1990). While on tour Holiday was racially discriminated based on her skin color. When traveling through Southern states Holiday was often shunned away from most hotels, clubs, restaurants, and restrooms because of segregation (Kilment, 1990). Segregation made it increasingly hard for Holiday to do live performances. In one occasion Holiday’s skin complexion was considered to be too light. Organizers of the tour feared that the audience would think she was white, which led Holiday to apply make-up in which made her skin complexion darker (Kilment, 1990). In another instance tour organizers painted a red dot on Holiday’s forehead to make it seem like she was Indian and not Black (Kilment, 1990). In order to make Holiday seem more appealing the public, she worked with many different bands including some white band members. In the end, they all ended up as failures. People viewed an integrated band as more threatening than an all-black band (Kilment, 1990).

While preparing for her performances, Holiday was treated different from all her counterparts. During her concert at the Lincoln Hotel, management at the hotel requested that the Holiday walk through the kitchen to get on stage and use the service elevator instead of the main elevator to ensure that guests would not be upset due to her being Black. Through all of the hurdles Holiday was still able to become a household name and still charted the music charts despite the inequality that she faced all around.

Billie Holiday utilized her platform to discuss and shed light on the Civil Right Movement. In this time period, African-Americans did not have equal rights, many civil rights leaders fought for equality. Although Billie Holiday is not widely known to be a civil rights leader she was able to incorporate her thoughts and emotions into her music. One of Billie Holiday’s famous songs Strange Fruit is an example of musical piece that symbolized the current state of the United States during that time period. In the song Strange Fruit, Holiday discusses the inhumanity of racism through lynching.  Before Strange Fruit became a song, it started out as poem. This poem was originally written by Abel Merepool. Merepool was a Jewish-American song-writer and poet. Meerpool was inspired to write Strange Fruit after seeing a photograph of the lynching of Thomas Shipp and Abram Smith (Simikin, n.d.). Meerpool saw Holiday performing at Café Society in New York City and after the performance Meerpool showed Holiday the poem and Holiady fell in love with it. (Simikin. n.d.). This poem spoke about the peak of lynching’s plaguing the United States in the South (Billie Holiday, 2017). During this time period about 1,953 Americans were lynched out of this number three quarters were blacks (Tuskegee Institute, N.d.). Although the lyrics did not explicitly talk about the current lynching’s in that time period, it was used a metaphor. The metaphor in this case linked the lynching’s to trees, which the bodies hanging from the tree symbolized the “strange fruit” (Clarke, 2002).

Holiday’s record label Columbia Records was concerned that song would increase the racial tensions in the South. Columbia Records was also associated with radio network, CBS, which led for people to think that it might cause a negative response. This in turn led for Holiday’s producer John Hammond to refuse the recording of this song. Columbia Records later approved Holiday to record Strange Fruit with Commodore Music Label. Sonny White a jazz-pianist was hired in order to transform the poem into the famous song (Simkin, n.d.). During the process of transforming the poem into a song Milt Gabler from Commodore Records asked for Sonny White to add an introduction at the beginning to the Strange Fruit in order to make the song longer (Bicycle Music, 2017). Billie Holiday’s Strange Fruit led for a million copies to be sold (Clarke, 2002). Although this song was popular among the African-American community and was held at No.16 on the music charts in 1939 in July, it was still widely unpopular because of its message (Simkin, n.d). The ballad was blocked by many radio stations in South in the fear of the uprisings that might occur. Time Magazine chastised the song claimed it to be a “prime piece of musical propaganda by the National Association for the Advancement of Coloured People (Simkin, N.d.). Through Strange Fruit Billy Holiday was able to convey the messages and the thoughts of witnesses to the horrifying events occurring throughout the United States.

The personal experiences with abusive relationships and drug addiction often spilled over to her musical career. During the start of her solo career, Holiday sang many songs that talked about relationships of turmoil. (Library of Congress, 2017). Songs like T’ain’t Nobody’s Business If I Do and My Man both describe the abusive and destructive nature of Holiday’s relationships (Davis,1990) (Kilment,1990). The start of Holiday’s relationship with James Monroe led to her addiction with smoking opium, which was a common habit among her husband (Library of Congress, 2017). The death of her mother in October of 1945 was catalytic effect in which Holiday began to drink heavily and the use of heroin escalated. The use of drugs was a setback for Holiday’s career. Holiday was continuously arrested for narcotics possession and was sent away to jail for a year and was also required to go to federal rehabilitation. After, being released from jail Holiday still faced setbacks in which her conviction led her unable to acquire a license to perform at cabarets and clubs that sold alcohol (PBS, 2006). These setbacks did not deter Holiday from performing in large venues such as Carnegie Hall in New York City. On November 10, 1956, Holiday performed two concerts at Carnegie Hall. These two performances were especially prominent for a woman of color in a segregated nation (New York Times, 1959). Although Holiday was able to perfume in large venues and still continued to tour all over the world, Holiday’s heart belonged to performing in clubs and cabarets (Legacy, 2016). Holiday went on to appear in a film called “New Orleans” in 1946 and also appeared on the television show “The Sound of Jazz”(New York Times, 1959).Toward the end Holiday still continuously battled possession of narcotics. Holiday’s abuse of drugs ultimately caused her to have problems while singing. Holiday continued to make records throughout the 50s but her voice was ultimately strained (Legacy, 2016). Some critics argue that her raspy voice gave her the emotional tone like the Blues singers. In the end, on July of 1959 Holiday was admitted to the hospital for liver and heart complications and died at the age of 44 on July 17, 1959.

Billie Holiday shaped and influenced early jazz, with her strong and melancholy vocals. Holiday was able to draw out raw emotion that led many to follow her throughout her career. Although in the beginning it was never the intention for Holiday to be an acclaimed singer, she made a space in music which allowed her to thrive and grow. Holiday’s outlook on racism, lynching, and personal experiences led her to define her musical career.

Griffin, Farah Jasmine. If You Can’t be free, be a Mystery: In Search of Billie Holiday. New York: Ballantine Books, 2002.

Posthumously Inducted into the Grammy Hall of Fame -1973

Inducted to the ASCAP Jaz Wall of Fame -1997

Inducted into Rock and Roll of Fame -2000

Other Works by the Author: 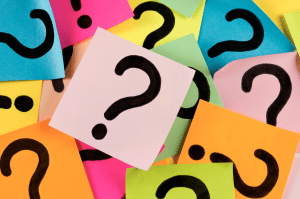 Growing up  I listened to the native songs of Sierra Leone. My parents made a strong effort for my brothers and I to understand and 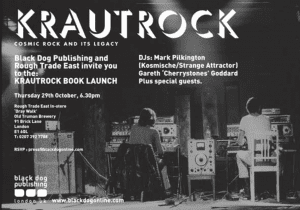 Background  Krautrock is a broad genre of electronic music.  Krautrock is also known as”Kosmische musik” which began around in the late 1960s in Germany. Krautrock 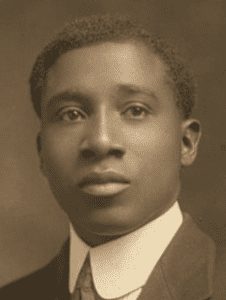 R. Nathaniel Dett (1882-1943) Background Canadian classical Composer, but spend most of his life in the United States. Published approximately 100 compositions in piano, vocal and 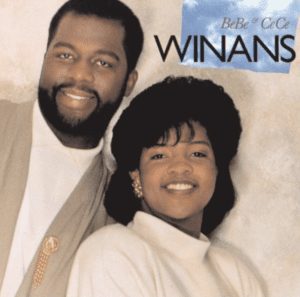 Background  Benjamin (BeBe) and Priscilla (CeCe) Winans are a contemporary gospel brother and sister duo. They formed in Detroit, MI. They are three-time Grammy Award