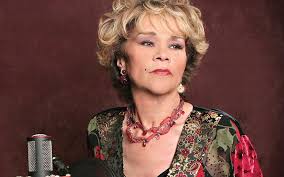 After doing much research about Etta James. I learned how diverse she truly was , as well as her personal life and the effects it had on her singing and health. Many try to place artists in a box and they refuse to remove them from it. And it the artist was to come out of the box , it would effect the audience they reach. Etta made it clear she did not care for the box, that she does what she pleases and refuses to be simple.

On January 25, 1938 in Los Angeles, California Jamesetta Hawkins, later known as Etta James was born.. The world could not have known that she would be the pioneer of rhythm and blues and will defy the categories that genre places music into. Etta James was born to her, then, 14 year old mother, Dorothy Hawkins. The identity of Etta’s father was never given directly to her by her mother but she believed that pool legend Minnesota Fats had been her real father. One day Etta even took it upon herself to go meet him and see if he was who she thought. Etta was left to be cared for by her foster parents, the Rogers ,due to the lifestyle her mother carried out. Fortunately, James gained a relationship close to her foster mother, Lula “Mama Lu” Rogers. Music had been a positive outlet for James, which she needed the years living with her mother, Dorothy.

From a young age James was seen as a gospel prodigy. At the age of 5 Etta James began singing in her church choir as well as on the radio, giving her an increase in fame.. When she was twelve , she moved to San Francisco where she formed a trio group called “The Creolettes ” who soon after got discovered by Johnny Otis, the bandleader. In 1954, four years later, they moved to Los Angeles where they recorded “The Wallflower”, originally titled “Roll with Me Henry” but changed due to the racy titled that was inappropriate to play on the radio. “The Wallflower” had became top ten , eventually, on the R&B charts. The same year of 1954 , Jamesetta changed her name becoming Etta James, her new stage name, and “The Creolettes” had been renamed “the Peaches”. James’ solo career was launched in 1955 with songs that became hits like “Good Rockin Daddy”.

She spent the next few years traveling the country at the bottom end of bills that featured stars like Little Richard, Bo Diddley, and zydeco king Clifton Chenier. Though she was still a minor, James grew up on these tours, meeting celebrities, witnessing their sometimes outrageous lifestyles, and receiving treatment that ranged from adulation to racist intimidation to outright theft. Her star faded somewhat from her initial hits of 1955, but she was still performing in front of large and enthusiastic crowds during this period.”

James soon after caught the attention of Chass Records, Leonard Chass in Chicago in 1960 and continued work with them throughout the ‘60s and early ‘70s. Some other artists that recorded with this record company included both Chuck Berry and Bo Diddley. She recorded with the Muscle Shoals house band in the Fame studios in 1967, and the results of this collaboration led to the album ‘Tell Mama as well as “ I’d Rather Go Blind”.While being there at Chass recorded she made a name for herself as one of the biggest stars of R&B with the continuous flow of hits coming from athere. She was able to show her full capabilities in diverse styles here at Chass. She had “tender love ballads to heavy blues to easy-on-the-ears pop and so on. UNfortunately, like most artists at the time, James was being exploited. They withheld royalties and took pblishingrights to the original material of the musicians.

Etta James has many hit records that were of different genres. ‘At last’ is the record that Etta is known for world wide and it is a soulful ballad. In 1966 she recorded a widely-acclaimed blues album titles “Call My Name. Nominated for a Grammy in 1973, “Etta James” the album was combined with creativeness of rock and funk sounds. Her first Grammy came in the jazz category for best jazz singer but people consider her as blue, jazz, soul etc. Prior she had been given the title Legend of R&B. Etta found it interesting to be getting an award for R&B after doing a tribute to blues at this Grammy awards! Etta James bridged the gap between rock and r&b. In 1993 Etta James was inducted into the Rock and Roll Hall of Fame and later in she was inducted into the R&B Hall of Fame.James’s voice deepened and coarsened, moving her musical style in her later years into the genres of soul and jazz. This could largely be due to her drug and alcohol use.

Due to the pressure of constant touring, James; life took a downward fall. Etta James lived a reckless lifestyle that included the use of drugs. By the time James was the age of 21,she had become addicted to heroin. She was able to still perform on these drugs but it did alter her character, becoming a petty theif. She would write bad checks and forge prescriptions in order to feed her drug addiction. Eventually she ended up stealing from friends and others. She eventually checked in rehab at Tarzana Psychiatric Hospital outside of Los Angeles in 1973 because she had been face with the future of being in prison for several years. Eventually freeing from her addiction, in the mid 1980s her career reached a height like no other. “As the 1990s unfolded James found herself elevated to the status of R&B legend.”

On Friday January 20th, 2011 Etta James died from her battle with leukemia.This was just 5 days before her 74th birthday. She always be remembered as the ‘Queen of Soul’ and the woman who defied categories.

Etta James vocal range is one of the vocal range of a  contralto. but during her career, her musical style did change. Towards  the beginning of her recording career, somewhere aroundthe mid-1950s, James was marketed as an R&B and doo-wop singer. But after signing with Chess Records in 1960,She came out as a traditional pop styled singer, covering jazz and pop music standards on her debut album, At Last! Etta James’s voice deepened and coarsened, moving her musical style in her later years into the genres of soul and jazz. This could largely be due to her drug and alcohol use.

James was once considered one of the most overlooked blues and R&B musicians in the music history of the United States. Not until the early 1990s, when she began receiving major industry awards from the Grammys and the Blues Foundation, that she began to receive wide recognition.  She was seen as bridging the gap between rhythm and blues and rock and roll. James has influenced a wide variety of musicians, including Diana Ross, Christina Aguilera, Janis Joplin, Bonnie Raitt, Shemekia Copeland,and Hayley Williams of Paramore as well as British artists The Rolling Stones, Rod Stewart,Elkie Brooks,Amy Winehouse, Paloma Faith,Joss StoneRita Ora, and Adele, and the Belgian singer Dani Klein.

In January 2010, Etta James was hospitalized in to treat an infection caused by MRSA,which is a bacterium resistant to most antibiotics. While hospitalization took place , her son Donto made it known that she had been diagnosed of Alzheimer’s disease in 2008. Later in early 2011 she was diagnosed with leukemia. The illness became worse and she died on January 20, 2012, just five days before her 74th birthday, at Parkview Hospital in Riverside, California. Just three days before her deathe, Johnny Otis, the man who had discovered her in the 1950s. James’s tomb is located at Inglewood Park Cemetery. Her funeral, presided over by Reverend Al Sharpton, took place in Gardena, California eight days after her death. The singers Stevie Wonder,Beyonce Knowles Carter and Christina Aguilera each performed a musical tribute. She then was entombed at Inglewood Park Cemetery in Los Angeles County, California. 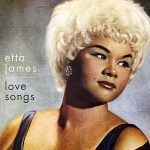 Etta James was born Jamesetta Hawkins on January 25, 1938, in Los Angeles, California, to a 14-year-old mother, Dorothy Hawkins. By the time Etta was 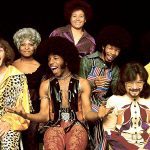 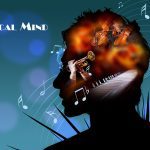 What difference does it make?

Many people are ignorant of the truth behind the music. They don’t realize what each word may mean, why it is played the way it 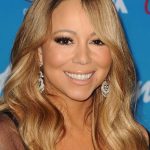