Disco became a popular style of music during the late 1970’s and early 1980’s. This genre of music was often played in urban nightlife scenes and captured  the  audience of gay club-goers of the African American, Latino,  and Italian American race. The disco era birthed many well known disco performers such as Donna Summers and  Diana Ross. 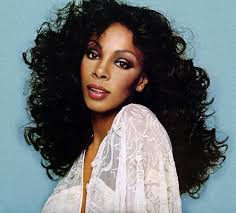 LaDonna Adrian Gains also known as ” Dona Summer” was born on December 31, 1948 in Boston, Massachusetts. Summer was a five-time Grammy Award winner and she was the first artist to have three consecutive number one records on The US Billboard 200 Chart. Her successful disco songs include “Love To Love You Baby” , “I Feel Love”, “Last Dance” and “Heaven Knows”. She is recognized today as the Queen of Disco. 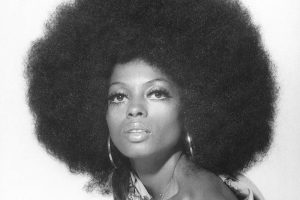 Diana Ernestine Earle Ross was born on March 26, 1944 in Detroit Michigan. Her fame began as the lead singer of the infamous girl singing group , The supremes, which was birthed from Motown Records. The group had 12 number one-hit single and led Ross to become a mainstream star. Her solo  hits include “Ain’t No Mountain High Enough” and “Reach Out And Touch (Somebody’s Hand)”, which were released in her debut solo album “Diana Ross” .

Disco, an abbreviation of the French word discothèque, is a musical genre that came from underground dance venues in New York City during the 1970’s. DJs paved the way for the genre by entertaining African Americans, Latinos, and gay dancers. Originally defined as a musical setting, disco evolved into a style involving certain dance steps paired with a specific fashion. Its roots can be found in the mixture of the underground dance venues and gay sensibilities

A Place to Dance

In New York City, Disco emerged in the 1970s as a distinct social dance environment. There are three distinct types of social dance environment. Usually each environment played music with or without the use of a DJ. The first is based on the European concept of discotheque. The venues associated with this concept were mostly socially exclusive, chic, and decorated with a Parisian theme. The second type is Jet set. This led to the diffusion of discotheque in places like London and New York. The cliental of these upscale venues showcase the latest dance trends based on R&B/ Rock&Roll hits such as, “the twist”, “the mash potato”, “the jerk”, “the Watusi”, and “Money Time”. Before crossing over to European settings, these dances were popularized amongst blacks. The third type of dance venue was composed of neighborhood clubs and bars both illegal and legal. They all catered to gay men and women of the community. Gay men and women using dance to create a sense of community and identity amongst themselves.

A former disco dancer Jack Carroll an Irish American states that “Disco is identified as fundamentally african american music, its roots were undeniable.” Disco shows clear evidence of coming from African American roots. It is a derivation of funk which comes from Soul, which is totally  and completely African American. Historian Bryan Ward suggested disco was “a time and a place of leisure where, an alternative, exciting, exotic and passionate life style could be imagined, lived, and enjoyed in the paradoxical peace of a high volume, high energy rhythmfest”. With this description, disco definitively displays African American culture.The disco music scene was controlled by a handful of Black artists affiliated with a small group of specialized record labels, lead by Motown and Philadelphia International  Disco dance parties were often private, members-only events or events directed toward a more general clientele, by and for segments of urban society that identified as being on the margins of the American mainstream.

America’s most important mass sound of the 1970’s

The Disco DJ consisted of heterosexual African Americans, and some women. Many of them were musicians, poets, or visual artists. The focus of a disco DJ was individual records as opposed to commercial radio or radio programming. Disco DJ’s were known to lengthen songs, for example, extending a 3-minute song to a 16-minute song. The DJ was considered a new type of pop star; playing new instruments such as the twin turn tables and a mixer. The sound system established the discothèque as a new performance environment. Dance parties, night clubs, lofts, and bars were often times owned by member of the mafia. DJ’s did not only play famous records, they mixed sequenced and programmed them, creating an innovative way of presenting pre-recorded music in an uninterrupted way. One example of a disco DJ is Frances Grasso, who was the innovator of disco blending

By the mid-1980s, disco music had gone from being ignored to being acknowledged by the mainstream, then being ignored again in favor or rap, funk, and rock music.

Discothèques began to be referred to as clubs, which is where the current meaning finds its origins. Club music also derived from disco music. In these club settings, DJ’s, disc jockeys, played a wide array of different kinds of music. 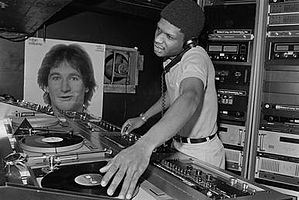 Larry Levan became one of the most widely recognized DJ’s in New York. Nicknamed “The Father” in the growing DJ industry.

By: Gabrielle Weeden The Music That Makes People Want to Dance Disco is a form of dance music that first became popular in the 1970s.

The Queen of Disco: Donna Summer

Donna Summer: The Queen Of Disco Donna Summer, also known as LaDonna Adrian Gaines, was born in Boston, Massachusetts on December 31, 1948. She won

Is Disco really dead? Disco was in its prime in the early 60’s through late 70’s. This new fun sound of music was at the

Introduction Disco is a form of dance music that emerged in the 1970’s. Disco got its name from the term discotheque which refers to a

Disco Queens: The Lasting Legacy of Sister Sledge The sibling vocal group behind the exemplary togetherness anthem “We Are Family” (1979), Sister Sledge reached their

Let’s Boogie! Thesis Disco is by far one of the most influential genres that produced historic cultural moments and shaped American pop culture in general.