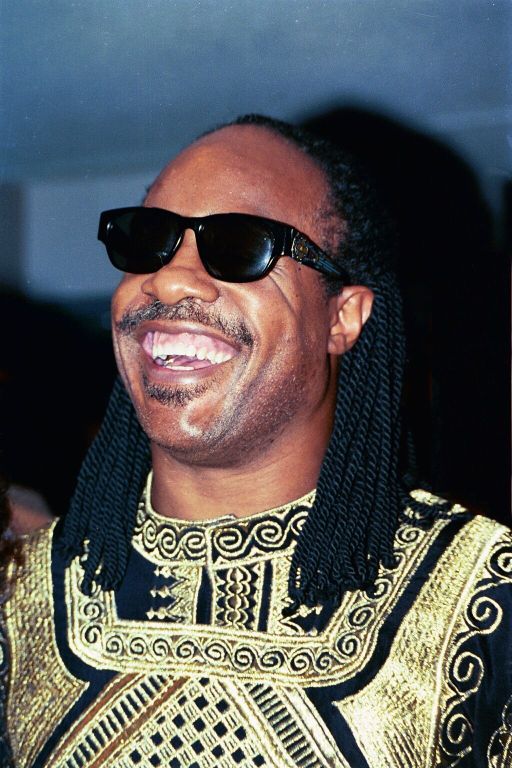 With a music career spanning 60 years and many genres, Stevie Wonder is one of the most influential and successful songwriters and musicians.

He was born six weeks early, and that combined with too much oxygen in the hospital incubator, caused retinoplathy of prematurity. This condition caused his retinas to detach, leaving him blind.

He is the third child of Lula Mae Hardaway, and her second child with Calvin Judkins. His parents divorced when he was four. Afterwards, along with his two siblings and mother, he moved to Detroit. His mother later had two more children.

“Mama was my greatest teacher, a teacher of compassion, love and fearlessness. If love is sweet as a flower, then my mother is that sweet flower of love.”

Due to his early career in singing and songwriting, he met many famous Black artists as a teenager. He has worked with many Motown artists including Marvin Gaye and Smokey Robinson.

Before he was signed by Motown at the age of 11, Morris received the name “Little Stevie Wonder” from producer Clarence Paul. When Morris was still 11, he recorded The Jazz Soul of Little Stevie and Tribute to Uncle Ray, which contained covers of Ray Charles songs. At this time, Little Stevie Wonder included him playing the harmonica. He later dropped “Little” from his name.

In the 80s, he did the most work for social causes, had the highest record sales, and television appearances. He experimented with the funk genre.

In the 90s, Wonder slowed down a little in releasing new music, but he continued to appear in the works of other artists.

In the 2000s to now, he has appeared in other artists’ albums of many different genres, such as Celine Dion and India Arie.

Stevie Wonder was known as a child prodigy and was signed to Motown’s Tamla label. He released his first two albums The Jazz Soul of Little Stevie and Tribute to Uncle Ray, which were not very successful. However, when he was 13, his single “Fingertips” topped the Billboard Hot 100, making him the youngest artist to ever do so.

During his first decade as an artist, his albums never were successful, but he did have a few successful singles beyond “Fingertips,” mainly: “I Was Made to Love Her,” “For Once In My Life,” and “Signed, Sealed, Delivered, I’m Yours.”

In the 1970s, Stevie Wonder signed a new contract with Motown, which gave him a higher royalty rate. He co-wrote and played instruments for fellow label-mates, such as The Spinners.

In 1972, he released his album Talking Book, and the song “Superstition” from that album hit number 1. Wonder began touring with the Rolling Stones, which helped the success of “Superstition” and elevated “You Are the Sunshine of My Life.” He won three Grammy Awards from those two songs.

The next year, he released Innervisions, which garnered three more Grammy Awards. The album was called “Album of the Year” and is now featured in Rolling Stone Magazine’s 500 Greatest Albums of All Time.

In 1976, Songs in the Key of Life, which is regarded as one of Wonder’s best albums was released. It won two Grammy Awards, was “Album of the Year,” and is ranked by Rolling Stone Magazine as 4th in the 500 Greatest Albums of All Time. It debuted at 1 on the Billboard Hot 100 and stayed there for 14 weeks.

In the 1980s and later, Stevie Wonder slowed down his album releases. No longer did he release albums yearly, like he did in the 1970s. Instead, he recorded soundtracks, one being for Spike Lee’s Jungle Fever. He sang at the Olympics, and collaborated with other musicians, like Babyface and Sting.

In the 2000s, Stevie Wonder once again did a soundtrack for a Spike Lee film, this time for Bamboozled.

In 2005, he released his most recent album, A Time to Love, which sold less than his other albums and received mixed reviews.

In 2020, he launched his own label under Republic Records, called So What the Fuss Records. He released two songs whose sale benefits Feeding America.

Throughout his career, Wonder has maintained a friendship and working relationship with several other big names in the music industry. 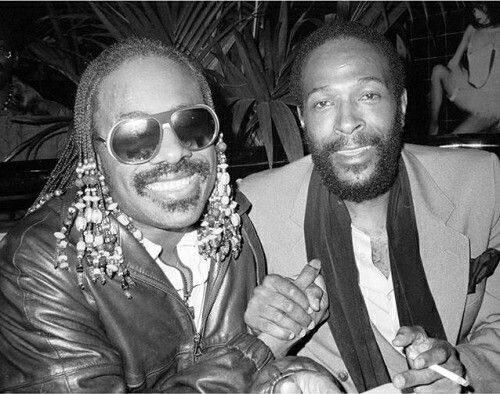 Marvin Gaye and Stevie Wonder were at one time, signed to the same label. Marvin Gaye’s song “Praise” included a shout-out to Wonder and was based on Wonder’s style.

When he was a teen, Stevie Wonder wrote his song “Until You Come Back to Me.” He recorded it at the beginning of his career, but it did not receive much recognition. Wonder gave the song to Aretha Franklin. Franklin’s rendition of the song sold million and reached #3 on the Billboard Hot 100 in 1974.

Stevie Wonder is a prolific song writer. He wrote “Tell Me Something Good” for Rufus and Chaka Khan, which was released in 1974.

Not only did Stevie Wonder write songs for other artists, he produced them too. He arranged one of Minnie Riperton’s most famous songs: Lovin’ You.

Stevie Wonder has influenced many artists, and has been sampled by many.

Stevie Wonder’s influence can also be seen in other artist’s albums. John Legend’s 2010 album Wake Up! is influenced by Wonder. Australian band Hiatus Kaiyote has also drawn from Stevie Wonder’s 1979 album Journey Through the Secret Life of Plants in their 2015 album CHOOSE YOUR WEAPON.

Stevie Wonder has won 22 Grammy Awards. He also won an Academy Award for Best Original Song, for the 1984 film The Woman in Red, making him the second African American and first Motown artist to win.

Stevie Wonder has been inducted into the R&B Hall of Fame, the Rock and Roll Hall of Fame, and the Songwriters Hall of Fame. He also has a star on the Hollywood Walk of Fame.

In 2005, Wonder’s album Songs in the Key of Life (1976) was added to the National Recording Registry, which “recognizes recordings that are ‘culturally, historically or aesthetically important, and/or inform or reflect life in the United States.'”

In 2009, he became a United Nations Messenger of Peace.

In 2014, Barack Obama awarded him a Presidential Medal of Freedom.

Stevie Wonder has a history of using his music for support of social and humanitarian rights.

In 1985, Wonder joined forces with other musicians such as Michael Jackson and Lionel Richie to produce “We Are the World,” to raise funds for famine relief in Africa.

Later, in 1988, Wonder once again joined forces with other artists, this time with Dionne Warwick and Elton John, for “That’s What Friends Are For” to raise funds for AIDS charities.

Wonder has his own charity to support blind children called We Are You.

However, Stevie Wonder has contributed to many more charities listed below. Clicking on the links will lead to a website that lists other celebrities who have supported those charities as well. 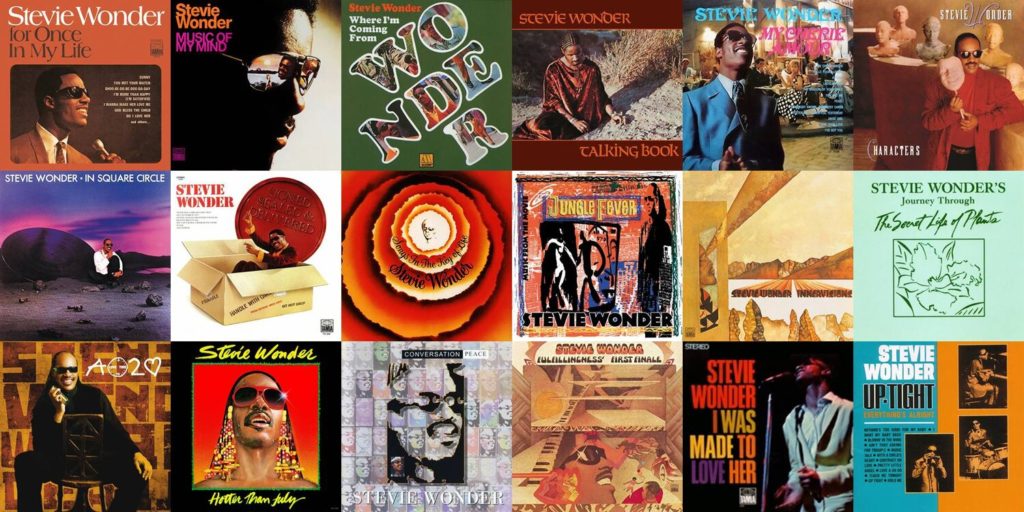 From 1962 to 2005, Stevie Wonder has released 23 studio albums, three soundtracks, four live albums, 11 compilations, and 101 singles. His first album was released when he was 12, titled The Jazz Soul of Little Stevie. His most recent album is A Time to Love.

Stevie Wonder has sold over 100 million records and is one of the top 60 best-selling artists. 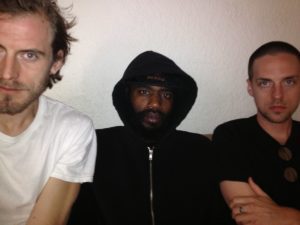 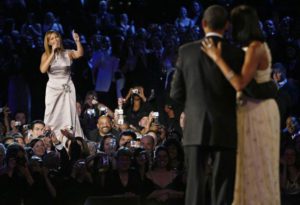 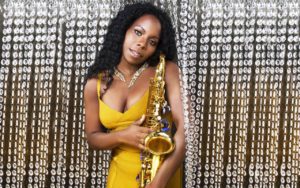 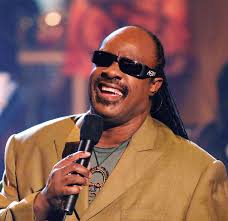 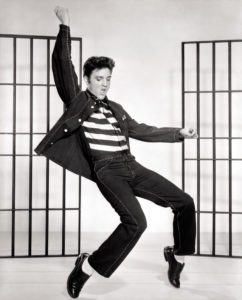