Gospel Music has been around since 1920s and continues to be a popular genre until today. Since the start of this genre, it is shown that even though it has a very focused on spreading the message of God, there is still an influence that comes form the popular genres of the time. Through each decade we cans see specific influences for popular songs in the gospel genre from the favored genre of the time.

Starting during the time gospel music was started, in 1928, The Jubilee Gospel Team released “Let Jesus Lead You.” At this time, the popular music of Ragtime and the Jubilee Period had died down and Transitional period of Jubilee Quartets was beginning. In this recording, you can really hear how this influenced this song in particular. The only difference that can be clearly seen in this song was the instrumentation. There was a big use of guitar and helped bring in the rhythm to the overall song.

This song by Thomas A. Dorsey and sung by Mahalia Jackson, was a little different from that of the previous decade. Created in 1932, the song “Precious Lord, Take My Hand” was a more drawn out and ballad type of song. Thomas A. Dorsey is known as the Father of Gospel Music and brings in some styles from jazz into his music. This song specifically shows the type of songs that would later greatly influence the slowed version of Gospel music that many older generations see as the more authentic gospel music.

Even though the Golden Gate Quartet was mostly known during the Transitional Period of Jubilee Quartets, this song “Go Down Moses” shows a great representation of Gospel Music. Since Jubilee Quartets were used to popularize certain supporting melodies and instrumentation, we can see gospel quartets use the same type of methods. Many churches started their own quartets that performed during services and other events. All of this also reflects on the 1940s gospel music, due to gospel music having its own period during the Jubilee Quartet Period.

In 1958, “Show Some Sign” was released by the Caravans featuring Albertina Walker. Through listening to this song you can hear the influence of popular music in the black community at the time. The use of guitar, drums, and the type of vocalization was very similar to that of songs on mainstream radio.

During 1962, Bessie Griffin and the Gospel Pearls released “Lord Don’t Move the Mountain” During this time, the Civil Rights Movement were underway and a lot of the popular music not only reflected the genre of the time, but the movement itself. These gospel songs played a big role in the marches during the movement due to many of the activists being members of the church. What is shown in this song is what would influence parts of the movement through the call and response portion that can be seen during the marches. Overall this type of gospel help define music for the civil rights era.

“God Will Make a Way” was made by the Sweet Spirit in 1974. The 70s were mostly know for Disco music that was beloved by many in the black community, but it never seemed to reach the gospel music as much. On the other hand, gospel music started taking influence from previous jazz music through instrumentation. Instruments like trumpets and saxophones were used to make the songs more unique, while there was also an addition of the piano melodies hear in the jazz genre. In this song by the Sweet Spirit, it starts with jazz beginning and then moves into the more normal gospel sound.

1980: You Brought the Sunshine

” You Brought the Sunshine” was released the Clark Sisters in 1981. The song talks about the giving thanks to God for all the blessings he has given them. Using rhythmic beats and instruments, such as bass and drum, the song was very fitting to what we know as 80s music. We can also see the correlation of this song to the 80s through the sampling of the song. It is said that the Clark sister sampled some of Stevie Wonder’s “Master Blaster” that was released in 1980.

Moving into a time filled with rap and R&B, this song was released in the later years of the 90s. “Revolution” was made by Kirk Franklin and featured a different style of gospel music not really seen before. The lyrics were pertaining to the current issues facing the black Christian community, which were put over a beat. In this song the choir, instead of the normal melodic voices, do something more towards the sound of rap. This type of gospel music was criticized by some in the black Christian community, but was very appealing to the newer generations of black Christians, who enjoyed the likeliness to current day favorites.

In 2004, a popular gospel singer, Smokie Norful, released the song “I Understand”. This song wad much different from the songs produced in the 90s, but still tried to make gospel music adaptable to people listening to current music, but also tamed enough for older members of the community yo enjoy. During this time, you can see a lot of gospel artist take this same approach and make more ballad types of songs. This type of gospel was thought of as bring gospel back into a traditional point of gospel music.

During 2012, Mary Mary, a popular sister gospel duo, released their song “Go Get It.” During this time, gospel musicians started moving back into songs that were sounding as mainstream R&B and rap, but still upheld the values of Christianity. This song goes back to the same beats that were heard in the 90s, but mellow them out to not be as modern. It was a great way to make gospel at the time cause it didn’t distract to much from the message of God, which was seen as a problem earlier for older generation.

Ending in the current decade, Marvin Sapp released a song called, “Thank You for It All” in 2020. This song details, just as it says in the title, about how thankful he is to God for helping through all his struggles. In this song, the music leans more to the ballad end of gospel. I believe it shows mostly how the gospel music is starting to make its was back in to the more ballad form of the genre, but will continue to have a little of influence from the modern genres.

Other Posts By Author: 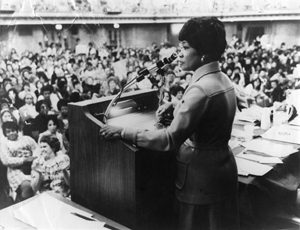 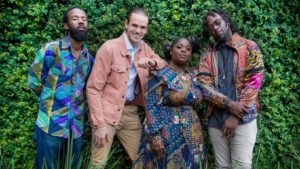 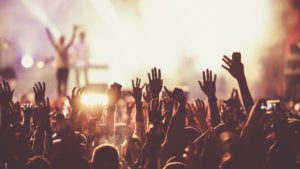 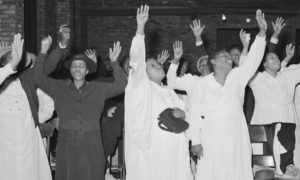