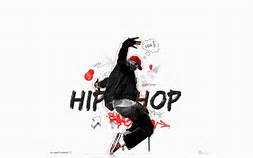 Hip-Hop is…By:Shavon and Diamond Music still tells a story, we know just have many genres to satisfy the cultural and social tastes of our modern society. Hip Hop is a genre of music that has significantly grown the last couple of decades. Hip- Hop is a creative expression, sensibility, and aesthetic that first emerged in […]

A Place To Dance: Christina Flakes and Autumn Simmons

Music is always evolving. Black music derived from the slave trade where negro spirituals were born. Negro spirituals gave blacks an outlet to voice their struggles and hardships through music. The music they made told a story that later generations could listen to and understand the circumstances of the time. Another example of black music […]

Known as the King of Pop Was apart of the Jackson 5  at age 5 which laid the foundation for his career Bridged the gap between R&B and Pop genres Album Thriller is the best selling album in history (12 grammy nominations) Known for his signature sparkle glove and dance moves, especially the moonwalk His […]

Known as the Queen of Soul Began her career as a gospel singer in her father’s church Released her first album at the age of 14, called Songs of Faith She was the first woman to be inducted into the Rock and Roll Hall of Fame in 1987 Has 20 number one R&B singles beginning […]

A founding member of the Dance Theatre of Harlem in 1969 she established the group’s music department, school, and orchestra Music advisor to the New York Philharmonic Served as Latin American Music advisor to the American Composers Orchestra Created Carabalí (1991), an orchestral extravaganza with Cuban rhythms, jazz, and soaring melodic lines   [embedyt] https://www.youtube.com/watch?v=5lt0kORNEn8[/embedyt]