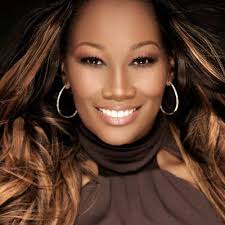 Yolanda Yvette Adams was born on August 27, 1961, and is a gospel singer, actress, record producer, and former radio host. She began her career as a school teacher and part-time model in Houston and eventually gave up teaching to perform as a lead singer.

Adams first attracted the attention of Thomas Whitfield and Sound of Gospel Records when she was the lead singer of Houston’s Southeast Inspirational Choir. She would later go on to sign a recording contract with Sound of Gospel which yielded her first album Just As I Am. In 1900, she signed with Tribute Records and released Through The Storm. Her mainstream breakthrough occurred when she released Mountain High…Valley Low in 1999 on Elektra Records. The growth of popular gospel in the mid-’90s pushed her into the spotlight.

Adams pioneered the blend of R&B, pop, gospel, and a touch a jazz, which allowed her to earn the title of Queen of Contemporary Gospel music or The First Lady of Modern Gospel music. However, she was initially criticized in the Christian community for embracing secular music and fashion to accompany her gospel-themed music.