Winifred Atwell: The Queen of Keyboard

The Queen of Keyboard

Una Winifred Atwell was a Trinidadian pianist who achieved high popularity mainly in Britain and Australia from the 1950’s. She had a series of boogie-woogie ragtime hits selling over 20 million records. She was the first black person to have a number-one hit in the UK Singles Chart and is still the only female instrumentalist to do so.

She even performed at a private party for Queen Elizabeth II. The Queen even called her back for an encore and requested “Roll Out the Barrel”.

She became a firm television favorite and had her own television series in Britain called Bernard Delfont Presents The Winifred Atwell Show.

Winifred Atwell was born in Tunapuna in Trinidad and Tobago.

Her and her family lived in Jubilee Street. Her family owned a pharmacy and she trained as a pharmacist herself and was expected to join the family business. She played the piano from a young age and achieved popularity locally.

Atwell left Trinidad in the early 1940s and travelled to the United States to study with Alexander Borovsky and, in 1946, moved to London, where she gained entrance to the  Royal Academy of Music.

To support her education, she played rags at London clubs and theaters. She later said, “I starved in a garret to get onto concert stages.”

What do you hate?
"Colour prejudice- and new shoes."

Keith Emerson noted her influence on his playing in an interview: “I’ve always been into ragtime. In England—and I’m sure Rick Wakeman would concur—we loved Winifred Atwell, a fantastic honky-tonk and ragtime player.”

Elton John mentioned Winifred in his autobiography. HE describes her as  “a big, immensely jolly Trinidadian lady” with a “sense of glee”.

Elton John states that he loved “the way she would lean back and look at the audience with a huge grin on her face while she was playing, like she was having the best time in the world” — a style of audience engagement that Elton went on to use himself.

In 1969 she was awarded Trinidad and Tobago’s national award, the Gold Hummingbird Medal, for her achievements in music.

The first and only female instrumentalist to have a number one hit on the UK singles chart. 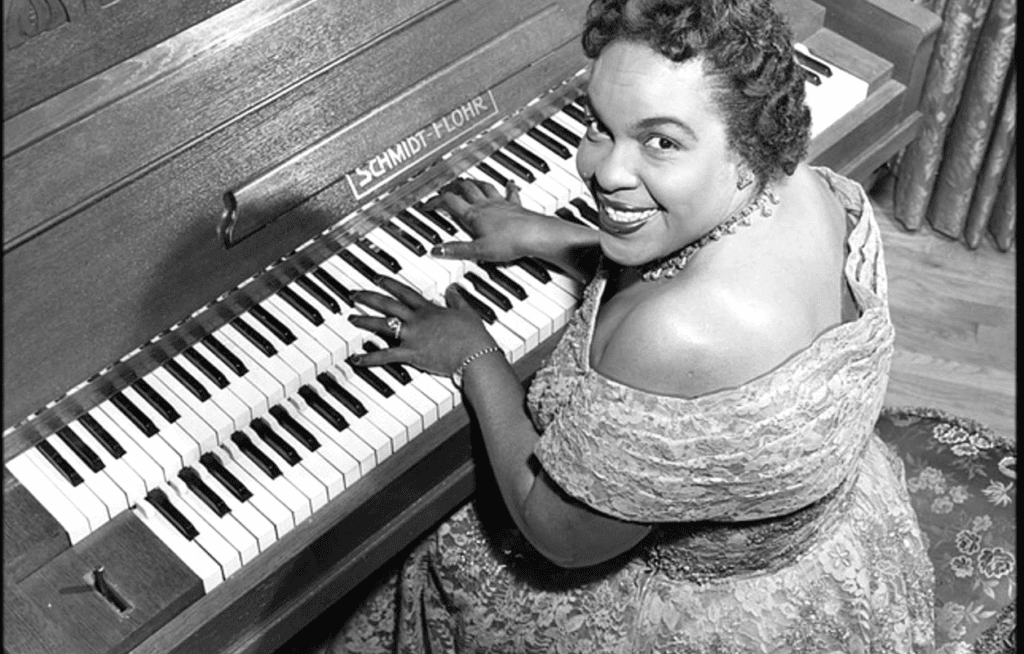