The Origin of  Folk and the Negro Spiritual

Despite early myths that African Americans had no secular music, they brought instruments, dancing, and their voices to the New World from Africa. Music was deeply embedded in everyday life in Africa. It was common to sing about labor and festivities amongst other things. When they were captured they not only brung cheap labor but musical talents with them to the New World. After the shock of the European culture, the Africans began to acculturate their dancing and music. White landowners usually did not approve of the enslaved dancing or singing unless at designated times given by the slave owners. In Africa, during group or individual labor, they sang and this transferred to their new environment. But this time due to forcefully working along with harsh conditions, the songs sometimes reflected a deep-rooted cry for help other times they were simply to keep workers focused and in sync. From this stemmed Negro Folk music. The words in the song would reflect the tasks they did or be improvised, often they would be call-response between a leader and other workers. From this also came the Negro Spiritual, since the enslaved were forced to go to church they would sing religious songs. The songs were allowed to be sung and often times had underlying meanings. A perfect example would be “Wade in the Water”. This song holds religious truth and also a secret message for the enslaved.

Harriett Tubman used spirituals like,  “Go Down Moses” to signal slaves about the Underground Railroad and ultimately help them escape. 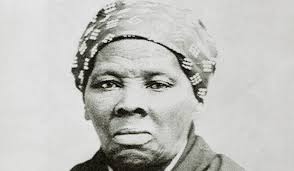 The Fisk Jubilee Singers were made up of students from Fisk University, in efforts to raise money for school they usually performed Negro Spirituals. 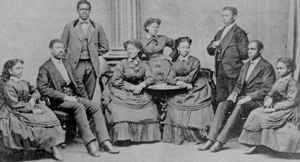 Huddie Ledbetter (aka Leadbelly) was well known for his Folk Music. 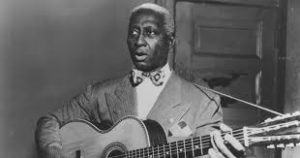 The Mother of All Genres

If not for Folk and Spiritual music none of the other genres of music would exist. Through African Americans and their earliest forms of music lead the way for other genres of music to evolve and gave the people a voice to be heard. Gospel music owes its origination to Negro Spirituals where the Black Church utilizes the hymns and messages song by ancestors. Through oral and written tradition songs were passed down. Even modern day rap pieces of musical roots can be found through folk music. Songs with the purpose of telling a story of hardship. Rock n’ Roll also was originated by African American folk music.

What Do I Think?

I believe Negro Spirituals and Folk music are the product of the enslaved that had to find light in the darkest situation. Europeans took Africans away from loved ones, their culture, and numerous other things. In the midst of everything being taken away even credit for originating instruments like the banjo, one of the only things cruel slave owners could not take were their voices. They utilized them to help them persevere through times of hardship and unimaginable violence.