Negro Spirituals are the foundation that music expanded upon.  Before there was Hip hop and rap and R&B, there was a multitude of black men and women congregating and singing. You may think of roots or a raisin in the sun, when considering negro spirituals, but have you ever stopped and actually listened to the words. Have you let them consume your spirit and your mind so that you may feel what they are talking about. The sound and the words were used to convey the blues, that the slaves were feeling. Being captured and forced into heavy labor, most slaves felt like their song and god was all they truly had left and you can hear that in the music.

The slaves also used Negro spirituals as a strategy to communicate with one another. When the underground railroad was created, slaves used the songs to communicate when they would leave and other means to escape.  This was something believed to be started by Harriet Tubman. So negro spirituals have a special place in black histo 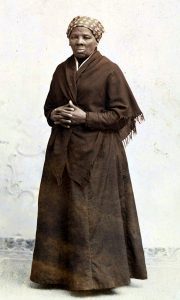 ry. Upon arrival the slaves brought singing as their tradition and it transformed into what we call negro spirituals. They used them as a call to God for freedom and to remain sane through slavery. Once there was

a way to escape they then used them to communicate leaving. Thus, Negro spirituals should mean so much to us. It signifies our resilience, creativity and intellectualism. There is nothing more beautiful than the spirit of a Negro. This is our history.

Outside of slavery, negro spirituals were used in marches, jail, and black institutions everywhere. I do not know about everyone but I believe in the conversation of energy.  It cannot be destroyed or created just transformed. The hope and the spirit that the slaves had when they were singing was not destroyed when slavery was abolished. Their fight was seen from the civil rights movements, to HBCU development, and even today during Black Lives Matter marches. The tune may be different but the spirit of us black folks has not changed. We are who we have always been, fighters.