The Soul Stirrers is a jubilee quartet group that dates many of their origins as early as 1926. The Soul Stirrers is a pioneer for quartet styled gospel. This group was the first to contrast from traditional sounds of spirituals. They pushed the sound of quartet towards a more sentimental and deeply passionate of gospel which often obscured the distinction of spiritual and secular music. As a result, they became one of the most fundamental influences on the evolution of soul and rock & roll.

The legend of The Soul Stirrers began when Senior Roy Crain decided to create a quartet with a few other teenage members of the congregation in Trinity, Texas.

Atfter one of their early performances, an audience member told him that the performance stirred his soul. 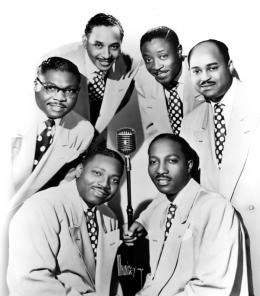 Information About Quartets: Jubilee to Gospel

Quartets started in the mid-1800s and was defined as a vocal ensemble which consisted mostly of 4 to 6 men singing either a capella or with a few instruments. The jubilee period began in 1880 and ended in 1929. Jubilee quartets performed formal arrangements with jubilee songs or spirituals in a four-part harmony. The emphasis was usually placed on a percussive and rhythmic style of singing. The transitional period stretched throughout the years 1930 to 1945. During this period, new elements of quartet performances were introduced such a a fifth lead and walking or pumping bass. A fifth lead is a baritone singer who could also lead in falsetto. The bass position was highlighted during this period when the part moved up and down the scale in small steps (walking bass) and when the part emphasized on rhythm and percussion (pumping bass). The gospel period occurred through the years of 1946 and 1969. The focal points of this period of quartet included vocal hollers, call and response, Holy Ghost shouting, hand-clapping, and electric guitars.