The history of R&B is one that is similar to the black experience in America, both encompassing many complexities. Emerging from the World War II era, R&B was the name used to replace what was known as “race music,” or any music made by black people. The first stream of R&B was in the 1940’s and 1950’s. It started in cities such as Los Angeles, Cincinnati, Chicago, New York, New Jersey, Washington D.C. During this time, segregation made it so that all of the black people lived in one area. These areas included the South Side of Chicago, Harlem, NY, and Southeast Washington D.C. This meant that many black bars, clubs, and theaters were focused in these areas, and the development of R&B occurred in them as well.

Ben E. King was born Benjamin Earl Nelson on September 28, 1938 in North Carolina. He and his family moved to Harlem, NY, which helped get King into the music scene. Before his solo career, he was part of multiple jubilee quartets and singing groups. His final group, the Drifters, had issues with the manager and label, so King quit. Once he quit his career with the groups, he resigned with Atlantic.

King’s signature sound includes pointed bass line and ethereal, tender vocals. King had five No. 1 hits during his career: “There Goes My Baby,” “Save The Last Dance For Me,” “Stand By Me,” “Supernatural Thing,” and “Stand By Me.” 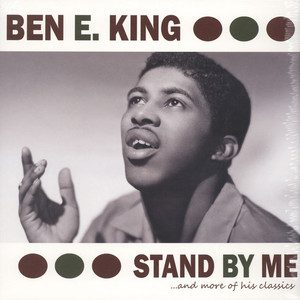 He was a member of The Rock and Roll Hall of Fame, and the winner of a Rhythm & Blues Foundation Pioneer Award and The Songwriters Hall of Fame’s Towering Performance Award.

R&B is such a wide genre that it is able to encompass styles that any person can relate to. Its beginning is similar to the beginnings of various other types of African-American music, as a result of being clustered by segregation in specific areas. Despite the racism evident in segregation, it resulted in an abundance of art and music that is still sustainable and in existence today.