The Music Of Our Ancestors: Negro Spirituals

Where did Negro Spirituals Begin?

A spiritual is a type of religious folksong that is most closely associated with the enslavement of African people in the American South. African American spirituals were primarily expressions of religious faith. Some may also have served as socio-political protests veiled as assimilation to white American culture.

With the majority of Negro Spirituals being vocally performed, Slaves brought with them from Africa long-standing religious traditions that highlighted the importance of storytelling and intertwined them with these songs.

Spirituals are typically sung in a call and response form, with a leader improvising a line of text and a chorus of singers providing a solid refrain in unison.

Many spirituals, known as “sorrow songs,” are intense, slow and melancholic. Songs such as “Sometimes I feel like a motherless child,” and “Nobody knows the trouble I’ve seen,” depict the slaves’ struggles and identify the suffering of Jesus Christ.

Slaves introduced a number of new instruments to America: the bones, body percussion, and an instrument variously called the bania, banju, or banjar, a precursor to the banjo but without frets. 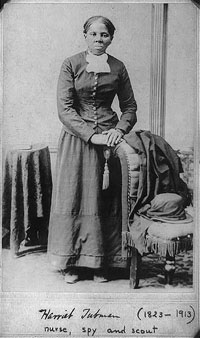 Tubman said that she used spirituals such as “Go Down Moses” to signal slaves that she was in the area, and would help any who wanted to escape.

Frederick Douglass, a nineteenth century abolitionist author and former slave, wrote in his book My Bondage and My Freedom (1855) of singing spirituals during his years in bondage:

The constant improvement of negro spirituals gave birth to another type of Christian genre: Gospel. These songs were inspired by the Bible (mainly the Gospel) and related to the daily life. Thomas A. Dorsey was the first who composed these new songs. He called them Gospel songs, but some people say “Dorseys”. He is coined by many as the Father of Gospel music.

The best negro spirituals are those that move the spirit. Many of these spiritual songs were created in the 19th century, when African-American slave communities sang them to tell their own stories, communicate codes, and express opposition.