What Is a Negro Spiritual?

A Negro Spiritual is a genre of sacred music whose lyrics combine Christian values with the tribualtions of slavery.

The Negro Spiritual genre derived from enslaved Africans on plantations in the 18th century. Enslaved Africans were not allowed to practice their own religions during slavery, so they were forced to adopt Christianity by the plantation owners. Using elements from their culture such as the practice of “ring shout” and “call and response” as well as their newly adopted religion of Christianity, the enslaved were able to express themselves musically and created spirituals. These songs often expressed the anguish and despair caused by bondage, but some spirituals conveyed the faith and hope they had in God to bring a better day. 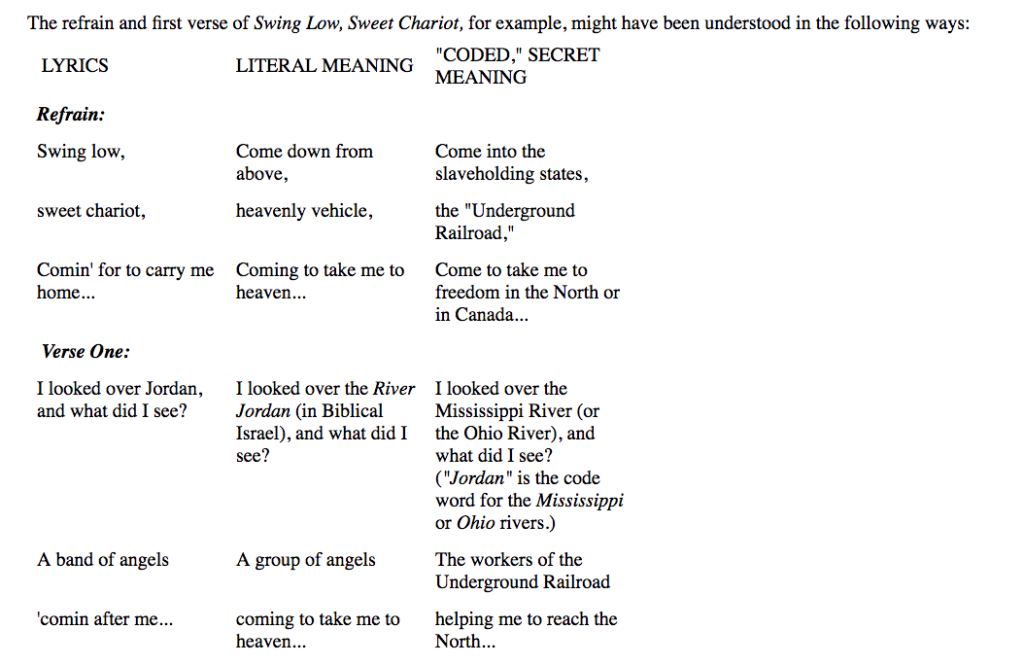 Negro Spirituals were more than just expressions of pain and hope. Many spituals included coded language that directed the enslaved community to freedom. For example, one of the most well known Negro Spirtiuals, “Swing Low, Sweet Chariot” was speculated to be a coded song. (See Picture to left). Songs like “I Got My Ticket” and “Go Down Moses” were also coded spirituals.

Negro Spirituals paved the way for many more forms and genres of music to come. Like many forms of Black Music, spirituals were recorded and commercialized by white people. This in turn, introduced the genre to mainstream pop-culture. Moreover, The Fisk Jubilee Singers became a national success due to their performances of spirituals as Concert  Spirituals. After emancipation, the genre transformed into Gospel music, however this is not to say Negro Spirituals aren’t being made today. Negro Spirituals are still being composed and continue to reflect the state of Black people in America.