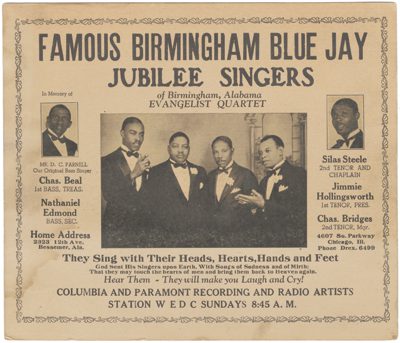 The Jubilee Quartet was birthed after the prevalence of Negro Spirituals being performed on collegiate and commercial levels. Jubilee was a popular genre throughout the late 1800s up until the 1960s, combining black and white musical practices including spirituals and folk. The general construction of the Quartet includes a minimum of four members and a maximum of six that typically sing a capella or with limited guitar, bass, or drum instrumentation. 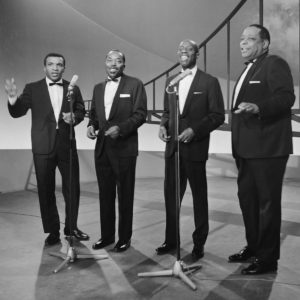 There have been several historical stages of the Jubilee Quartet. The jubilee period was from 1880-1929, the transitional period from 1930-1945, and the gospel period from 1946-1969. Within the jubilee period, university choirs, minstrel shows, and even community-organized groups began to showcase quartets. During the transitional period, quartets continued to perform at universities and within communities, but they also began to branch out in sound and style, using body percussion. Some of the performances were even recorded to be played on the radio. In the Gospel period, jubilee quartets became even more accessible through the radio. They were much more commercial and started to implement more spirituals to be more palatable. This was the era in which the quartets were most popular.

Quartets were known for call and response between the lead vocalist, harmonies between all singing parts, as well as the layers produced by those harmonies. Typically there are four voice parts used to create those harmonies between the singers: from highest voice to low- first tenor, second tenor, baritone, and bass. Occasionally, a group would have a member that would sing in falsetto and would be more expressive in style than the other members.

Typically, these quartets featured all men, however, the first female quartet was documented in the 1920s as the Wheat Street Female Quartet. These women were probably the first female quartet to be recorded, as they recorded six sides for Columbia and Okeh Records. Other than their records with Columbia and Okeh, there is not much that these women of the Wheat Street Female Quartet were left to be remembered with. One would think that because they were breaking into a male-dominated genre and field that more people would be excited to document their journey or even other women’s quartets’ journeys. Still, when researching and reading about the Jubilee Quartets, women are left out of the conversation. 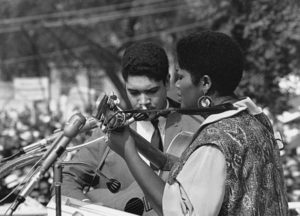 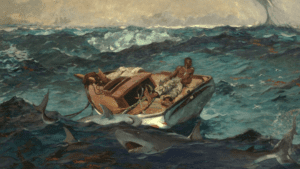