The Sisters Of Gospel

Name It Claim It 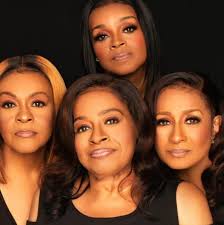 Theses five sister were born and raised in Detroit Michigan. The began singing at  an early age under the direction of there mother Dr. Mattie Moss Clark. She was adamant that these girls use there gift for glory of God.  In the late 60’s the group begin performing repertoire written by there mother in various church’s. In 1973 is when the Clark sister formally formed as a group after there mother divorce.

1973 the sisters released there first album ” Jesus Has A Lot To Give”, on there Uncles label. This album would help get there foot in the door with Sound of Gospel records in 1974. From 76′ to 81′ The ladies produced six albums including a Christmas album featuring there mother. In those six years the ladies developed into a power house that would shake not only the world of gospel but world of dance music.

You Brought The Sunshine really rocked the world of music. The Clark sisters were know for being able to cross genres with there music whether it was an infusion of funk, blues ect.  Some of the success could be contributed to the title and had a similar feeling as ” Master Blaster”. This single reached not only the church but the dance floor and took the secular world by storm. It was number 27 on Dance Club songs and even was frequently played at the the famous Studio 54 in New York City. 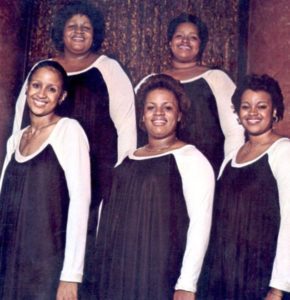 After A hiatus the Sisters came back with another album release but this time with Rejoice Records. Under this record company the Clark sisters would receive a Grammy nomination with ” Heart and Soul” This only the beginning there next album ” Conqueror”.  The last album of the decade in 1994 would be one of the last albums the would create together for a while.

Started out in the world of singing with her school Michigan State Choir and became the first person to record a choirs and was the first to separate the choir by voice parts – tenor, alto, soprano. She wrote and arranged hundreds of song and recorded over 50 albums with this choir. She directed the Cadillac Motors company Christmas choir for 11 year and found the Clark Conservatory of Music in Detroit in 1979. IN 1981 She was honored withe A degree of Doctor of Humanities from Trinity College. Mattie Moss- Clark was well know outside of just her daughters and her legacy will continue to live on even in her passing.

” Rose of Gospel” ” The church girl” ” Evangelist. Released as solo album in 2002 and it got her 2 Stellar awards and a Lady of Soul Award . By 2015 she had released five solo albums and the most recent one ” Living  it” was nominated for a Grammy.

Not only does she sing but is a gifted musician. Shes though to be the creative force being the sound known as the Clark sisters. With two solo albums already under her belt, Twinkie released a third called ” Comin’ Home” in 1992. Since then shes has recorded various live projects with the latest being with her nephew Larry Clark titled ” The Generations.”

Here solo debut happened with Finally Karen in 1997. The start studded album featuring Faith Evans, The Clark Sisters and her own daughter Kierra Sheard was nominated for a Grammy and won a Soul Train Lady of Soul award. In total shes released 6 albums.