The Blues, an Instrumental and Lyrical Expression of Emotions in the Black Community

A new singing style in southern black communities emerged in the early 20th century, the blues. The blues brought in different musical and lyrically expressive characteristics, and was also an influence to various subsections of jazz which would come later. Due to the racial climate in the south, the institutionalization of racial segregation and forms of terrorism against African Americans is thought to have been the emergence of blues as a form of expressing their experiences in Jim Crow. Blues embodied the emotions and tones of African American life during Jim Crow from a musical and lyrical standpoint. 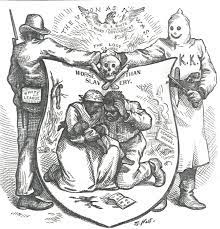 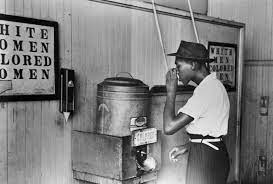 After the Emancipation Proclamation in 1863, the Reconstruction period came with laws that infringed the lives of the newly freed slaves. Social influences like Black Codes in 1865, along with racist hate groups and the emergence of Jim Crow in 1877 left little to no room for an emotional trauma break. This resulted in the blues being a way to communicate feelings among the black community as well as a coping mechanism for their daily life experiences. They had their own music, speaking of their experiences and desires for the future. The same tools used previously, such as African drums and rhythms, field hollers, and spirituals, were the roots of the blues as it expanded. These tools were accompanied by instruments such as the double bass, saxophone, and brass instruments, which could embody the lyrics’ emotions. Additionally, instrumental artists like John Coltrane were also able to encapsulate emotions in their compositions.

From our textbook, we see several quotes relating to the blues genre. Sterling Brown said, “You can’t play the blues until you have paid your dues,” and Sidney Bechet said, “The blues like spirituals, were prayers. One was praying to God; the other was praying to man.” These two quotes show us that blues were more openly intense lyrically while similar to spirituals. Some songs openly ask for peace or describe the hardships of the community and how they cannot live normal human lives. Examples of this are seen at the beginning of the era with Ma Rainey’s ‘Booze and Blues’ which gave an example of the black community’s interactions with police and the act of drinking to combat their emotional strain of them. This is also seen at the end of the era in ‘Strange Fruit’ by Billie Holiday and ‘Mississippi Goddam’ by Nina Simone, which came towards the end of the blues era. This idea of coping through music was present through the elicit end of the Jim Crow Era in 1965 and is still present in our music today as we deal with the remaining strains of racism and the imaginary and realistic handcuffs of police brutality.