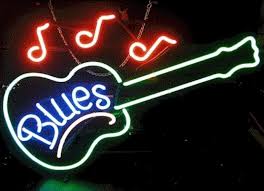 The Blues came along in the 1900s and took the world by storm. It was originated by slaves and ex-slaves as a way to express their hardship and battles. The Blues came from the South in the Mississippi Delta. The Blues was viewed as a more serious genre with its slow beat strong lyrics. Blues is mostly sung and played in terms of call and response through the use of voice or instrumentation. Blues songs are typically 12 bars with a chord similar to this:  I-I-I-I-IV-IV-I-I-V-IV-I-I. The blues included aspects such as ‘Blues Texts’ which were Blues’ songs that were specifically about feelings and emotions, ‘Blue Notes’ which are are notes that fall between two adjacent notes in the standard Western division of the octave, ‘ Bends’ which is a technique used when playing an instrument to raise or lower a pitch., and ‘Bottleneck’ which described the sound when a guitar player slides a metal bar or glass neck across their guitar strings.

The Blues made music a lot more vulnerable. It opened the door for artists to be sad and talk about hardship and the struggle that they have experienced. It also helped to connect and aid in the understanding of the stuggles of Black people for White people.

Sheet music became more popular and allowed for music to be shared globally which made race records so popular. When the sheet music came out more White people were able to learn and commodify the Blues.

Blues opened the door for two major genres: Country and R&B. Both genres mimic blues in that they both have the vulnerability of their lyrics like blues. Blues is also responsible for the creation of Rock N Roll. They sped the music up and Rock N Roll was born.