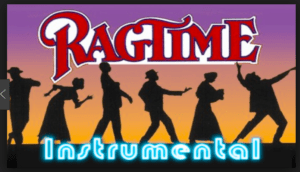 Ragtime originated into the late 1890s-1920s. This music has its roots rooted in African American communities that started in in St. Louis. Ragtime music descended from the jigs and the march bands that was played by African American bands, referred to as “jig piano” or “piano thumping”. This was the Blacks way of enjoying their time and making music that enabled them to have fun. Ragtime music originated by the start of the 20th century. It became widely popularized throughout North America and was listened and danced to, performed, and written by people of many different subcultures. A distinctly American musical style, ragtime may be considered a synthesis of African syncopation and European classical music, especially the marches made popular by John Philip Sousa. However, the cakewalk preceded rags as cakewalks became the dances performed for the slave master to be rewarded with a piece of cake. In all, Ragtime music was music the Blacks enjoyed and it was referred to as the big era of sheet music.

One of the most important characteristics of Ragtime was its syncopation. Ragtime music was known for having its syncopated beats. When we refer to ragtime music as being syncopated, it means beats that happen on the upbeat, particularly on the 2 and 4 instead of the 1 and 3. It had beats that would be derived from instruments. Some instruments were the Djembe, the banjo, the guitar, the piano, and many more instruments that helped ragtime become popularized. Some of the social implications were that Whites participated in the 10 pan alley which was where white people in NY were doing music that would have been done during ragtime. Many Blacks participated in the production of different beats and dances produced during this time because it was a way for them to have fun and be lively. 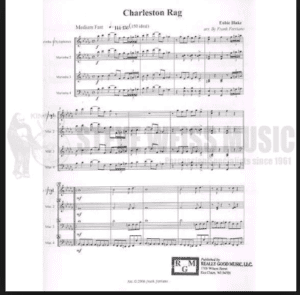 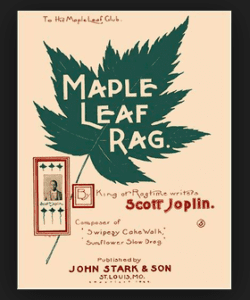 Some influential composers and performers were Ernest Hogan, Eubie Blake who composed many compositions including the “Charleston Rag” and Scot Joplin who produced the “Maple Leaf Rag” as a composition for the piano. This became the model for all other ragtime compositions and is known to be the most famous work. Ernest Hogan was looked at as a pioneer of Ragtime and was the first composer to have his rags published as sheet music (first song being “La Pas Ma La”). Scott Joplin produced the first example of African American music style that  was highly syncopated and what was considered black classical music. Joplin, who was also educated, produced the first print in stores. Eventually, they were selling records, they started making sheet music, and they would perform Ragtime Music in front of large crowds. Many other performers were also influential like Winifred Atwell, James P. Johnson, George Lewis, James Sylvester Scott, and Joshua Rifkin. Ragtime inspired both Rock N’ Roll for white people and R&B for Black people. The syncopated beat and lively music paved the way for other genres.

Overall, Ragtime was an important contribution to African American culture because it was the first time sheet music had been produced. This was an exemplary milestone for Black folks, and their music  composers such as Scott Joplin made the production of Ragtime music almost impossible to ignore or go unnoticed. While White people tried to use Ragtime to demean Black folks by making foolery and dehumanizing them, Blacks reclaimed their music regarding Ragtime to be positive, fun, and lively. Ragtime music had become increasing popular in cities like New York. This upbeat tempo, syncopated beat, and lively feel, paved the way for Ragtime music which became known as the greatest music of the 20th century.