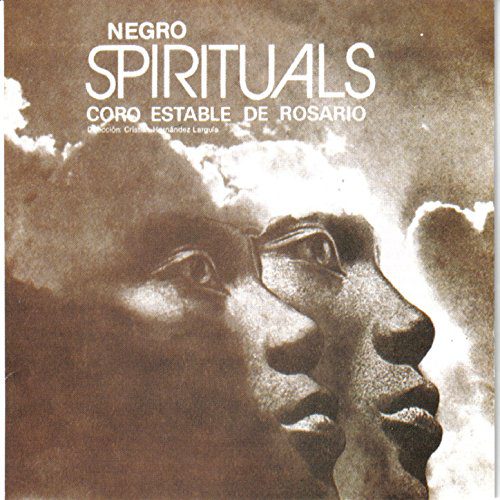 Today, African Americans are infamous for worshipping through the music genre known as Gospel. Church and worship has been a significant factor in the black community. When slaves were brought to the American colonies, Europeans made it their mission to strip them of their African identities and force European customs upon the slaves. Instead of adopting Christianity in the exact way Europeans wanted the slaves to, slaves combined Christian values with their own religious rituals from Africa: thus, Negro Spirituals were born.

Similar to everything else, Europeans have traditionally forced their what they feel is superior, vision of how other people should live. A prime example of this is the way slaves should worship; however, slaves obviously had minds of their own. Black codes and other restrictions on slaves limited the ways, times, and places slaves could worship. One of these codes required a white man to be in the presence of slaves when they gathered for worship. Because of regulations such as this one, slaves developed the invisible church. Invisible Church had two different meanings in the North and South but centered around the same purpose: independent worship for the slaves. In the North, invisible church meant the separation of the black church from the colonist’s church. In the South, the black church was any place the slaves would gather and hold their own “services” of worship. The slaves realized Christianity was being forced upon them; however, they wanted to at least praise and worship in ways that were more rooted in African tradition.

Like protest songs in folk music, Negro Spirituals were also used as a means of communication amongst the slaves. Contradicting what Europeans thought, not all slaves spoke the same language or had the same religion. Europeans are notorious with associating African people as being the same, and they arrogantly ignore that Africa is a continent and not a country. Slaves were brought over from many COUNTRIES in Africa making it more difficult to have a unified way of communicating. Brilliantly, slaves began communicating within their music. Double entendre is an excellent example of this way of communication. Even though slaves came from different backgrounds and cultures, there was a unified understanding of wanting to be free. Through Negro Spirituals, slaves would express their desire for freedom and their praise and worship which came to be known as double entendre. They could express their suffering, praise the Lord, and communicate amongst each other without the master understanding what they are referring to, all at once.

Negro spirituals have a significant influence on what is modernly known as Gospel music. Gospel music is known to have soul and be heavily rooted in the African American church. The deep tone of spiritual songs and meanings behind them, resemble many traditional Gospel songs. In addition, negro spirituals were a way for slaves to express themselves and express their pain from suffering the harsh conditions in which they lived in. Spirituals became an outlet for slaves and a sense of unity for them as well much like Gospel has done for the black community.

What do I think?

The history of the Negro Spiritual, is one of the many demonstrations of slaves’ brilliance. Traditionally in America, the history is often deceptive in which it makes all of the slaves out to be incompotent and ignorant. Despite the efforts of the European colonists to eradicate all culture and tradition the slaves brought from Africa, the slaves still managed to ingrain African customs into their new lives. Elements such as the invisible church and the double entendre, reveal just how intelligent the slaves were. It is hard to believe that a group of people from a foreign land were able to communicate amongst each other, combine their traditional customs into European culture, and simply survive the harsh conditions of slavery, were incompetent. In addition to the many ways of communication the slaves managed to develop during this difficult time, they also began many culture aspects that will be a part of the black community for multiple generations.