Ethel Waters was an African American actress and singer. She was born October 31, 1896, in Chester, Pennsylvania. Her mother was the victim of rape and despite this Waters kept her father’s last name. She was raised with her aunts and uncles by her grandmother. Waters had a rough upbringing and never lived in the same place for more than 15 months.

Waters began working at a hotel in Philadelphia for $4.75 a week. For her 17th birthday, she attended a costume party where she was encouraged to perform. The crowd loved her so much that she was invited to work at the Lincoln Theater in Baltimore for $10 a week. Although she was earning $10 a week, her managers cheated her out of tips thrown onto the stage. After her time in Baltimore, she joined a carnival headed to Chicago. Soon after, Waters moved to Atlanta, Georgia. In the 1920s, during the Harlem Renaissance, Waters performed at popular Black nightclubs. She went on to record for numerous labels such as Cardinal Records, Black Swan, Paramount, and Columbia. Not only was Ethel Waters a successful singer she was also an actress. She made an appearance in the Black satirical film Rufus Jones For President. Waters became the first Black woman to integrate Broadway’s theater district. She also became the first Black person to star in their own television show, The Ethel Waters Show. 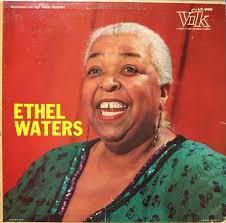 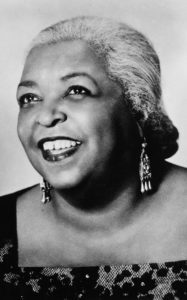 Waters had many hit records with at least 25 being in the top 20 on US charts. Some of her hits include: “Down Home Blues,” “Georgia Blues,” “Am I Blue?,” and “True Blue Lou.”