Techno music originated in the early 1980s in Germany. After the release of compilation Techno, the new dance sound found its way to Detroit. The sound is also known as electronic dance music with sounds composed of electronic instruments such as drum machines, sequencers and synthesizers. The style of music also use digital audio workstations. The Detroit Techno sound grew most popular when production was completed by artist such as Kraftwerk, Giorgio Moroder and Yellow Magic Orchestra with emphasis on African American styles. These styles included house, electro, and funk.  Jazz has also influence Techno by creating a sound call Hi-Tech Jazz.

Curtis Jones of Chicago, Illinois and also known as one of the few African American who create House Techno. He is also one of the most influential artist within the Techno Genre. He is known for his music such as Constant Chaos, Green Velvet, Whatever, Walk in Love, and Unshakable. Techno Music can also be known to be associated with drug use. In 2000, Curtis Jones announces that he was a born again Christians after experiencing a tragic overdose on a mixture of magic mushrooms, marijuana, and GHB.  In today’s society, Techno music is known as house, breakbeat, and downtempo. The sound is still popular but more popular in Lbiza where a more commercial sound known as eclipse. 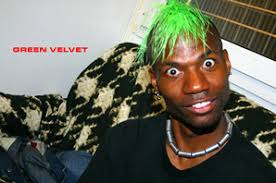