Origin of the Genre:

Characteristics of the Genre:

The content of Negro Spirituals was derived from Christian values and the personal experiences that African Americans endured. Spirituals often had double meanings, or double entendre, and utilized a call-and-response structure. Negro Spirituals also employed the ring shout which was a combination of singing, dancing, and clapping in a circle. These shouts were repetitive, lasted an indefinite amount of time, and a combination of contrasting rhythms sung simultaneously.

Even though the name “Negro Spiritual” does not appear until after the Civil War, this genre of music gained momentum and popularity among African Americans before the Civil War. Slavery and all the conditions that came with it are the reasons why Negro Spirituals came to be. Many of the spirituals’ lyrics are about the conditions and experiences of African Americans, but these lyrics often also had hidden messages as a means of communication between people. Spirituals also contained themes of a yearning to go home or to be free, which is parallel to the actual desire and want to be free from slavery.

In 1867, three white abolitionists wrote and published what is regarded as the first written form of Spirituals. William Francis Allen, Charles Piccare Ware, and Lucy Garrison desired to document the cultural voice of African Americans as a way to confirm their humanity and give them a voice when no one else would. These “slave songs” became the first scholarly work that documented African American music.

Traditional Negro Spirituals have are at the heart of many worship services and celebrations even now and I have experienced this first hand. The African Methodist Episcopal Church has deep roots in my family; my great-grandfather was the pastor of an AME Church and his son, my grandfather, still sings in that very same church every Sunday and has done so since he was a young child. Whenever I visit this church on holidays or attend just because, I am always impressed by the choir singing spirituals. Even though these spirituals are arranged specifically for ensembles, the words and messages are still the same. These spirituals hold so much importance to African American history that they really are a treasure to behold. 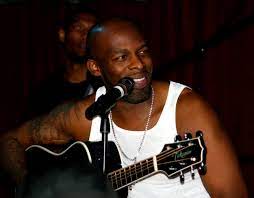