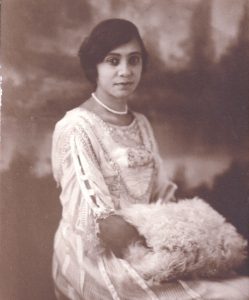 Prior to reading article, I already knew about the Negro National Anthem and its significance in the African-American community from learning it in my elementary school and summer camps. However, this article taught me that is deeper than the song and the lyrics in themselves. For example, this article did a very good job at expressing the oppression and mistreatment of  black women in America. I learned that Florence B. Price and Marian Anderson were staple in telling the experience of black women through song. Both women used their concert performances to make political statements. According to the text,”Black composers collaborating with concert musicians and setting folk musics for concert performance was a political strategy to express black nationalism.”  In the case of Price and Anderson, they used their performances to express black nationalism and what they called womanism. Although womanism is similar to that of feminism, they differ in their perspectives. Anybody can be a feminist, but womanism is more specific as it speaks to the experience of black women in America as they faced discrimination for being both black and a woman.

I think that the article did a really good job of explaining the importance of Florence B. Price and Marian Anderson in black history , while giving specific parallels to modern movements like #MeToo movement and black lives matter movement. Also, the article did a great job of giving specific examples of instances where the women and other famous black composers were able to make political statements that were vital to the progression of us as a people in America. I would like to hear more about specific songs that were famous by the ladies and who/what organizations backed the women to give them the necessary platforms to make these political statements.