Spirituals was the earliest form of religious musics sung by slaves. The lyrics uniquely express their Christian values created by their social, emotional, physical and cultural experience. These spirituals vary tremendously from the hymns and psalms that were taught to them by European missionaries. This music was created during an oral tradition, so there is no written documentation to state the exact time spiritual was created. Prior to arriving to America most slaves were not Christian. It is believed that during the time of the Great Awakening that happened around 1740, where numerous slaves converted to Christianity and the Negro spirituals were birthed.

Negro Spirituals is composed of many different elements, some of which either are repeated or derived from the elements of folk music. For instance, the folk spiritual which is defined by its call and response style song lyrics. Spirituals, like folk music, contained polyrhythms or multiple beats but they were instead called heterophones. Heterophony is the performance of a melody variance of two tones played simultaneously. Another type of spiritual is the arranged spiritual. Arranged spirituals were sung during the post civil war period, still written by emancipated slaves so the lyrics were similar in context to folk spirituals. The lyrics of these songs had a double entendre or double meaning. This is believed to be done to disguise a message from the slave owners and also to help them cope with their situation. Lastly the creation of ring shout occurred during the period of negro spirituals. Ring shout is a celebratory dance done in a shuffle like movement, in today’s African American churches this is simply called shouting. This element was created during slaves private church ceremonies, which differ greatly from the church service of the Europeans.

The church life of the slave and the Europeans differed drastically, and the greatest way to distinguish the two is through their music. European hymns were more subtle and solemn while the negro spiritual allowed them to rejoice in celebration for the gift of Christ. Believing in Christ gave slaves the hope that their hard days would soon be over. 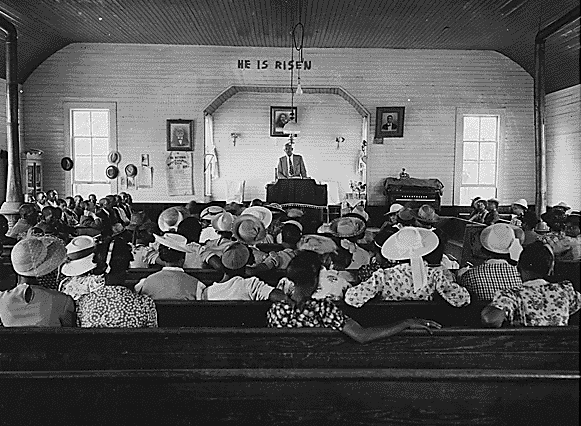 During the time of spirituals choirs where a growing thing, one famous choir for negro spirituals is the Fisk University Jubilee Choir. Some individual artist and composers consist of Harry Burleigh the director of the Jubilee Choir, Charles Tindley, John Johnson and many more.

As done with the folk songs, lyrics were stolen and placed in a book to be sold for commission; however, slaves were not giving any portion of the profit made from these books.

This genre was most influential on modern day Gospel in African American churches.  The polyrhythms and shouts are still encompassed in the gospel genre and help create this new spiritual genre. The songs are not the same lyrics of the slave, yet they stem from bible verses and messages and is sung as a way to praise and rejoice in the word of the lord.

In conclusion, folk music is where it all began, introducing the elements of music for many genres to come including the negro spiritual. Spirituals allowed us to add our own personal beliefs and value to music such as religion. The double entendre helped slaves come a long, knowing that God would never put them in something that they could not handle and that they could seek refuge in their religion. The elements of this genre still persist, the main difference between spirituals and gospels is the lyrics. Still differing from European hymns, spirituals allowed slaves to put meaning and life into a song.