On January 12, 1959, a young African-American songwriter from Detroit named Berry Gordy founded the company “Motown Records Corporation.”
As a man of vision, drive, talent and determination, Berry Gordy was also a producer, innovative entrepreneur, and teacher. Under his leadership, and through determination and support of the Motown family of artists, Berry Gordy created new musical paths for black people and made the “Motown Sound” a worldwide phenomenon. Gordy believed in turning all negatives into positives. He always noted that he learned from all his experiences and applied them to his business. “Every day I watched how a bare metal frame, rolling down the line would come off the other end, a spanking brand new car. What a great idea! Maybe, I could do the same thing with my music. Create a place where a kid off the street could walk in one door, an unknown, go through a process, and come out another door, a star.” That little thought that came to him while running up and down that assembly line became a reality we now know as “Motown.” Because Detroit had long been known as the “Motor City,” Gordy, in tribute to what he felt was the down-home quality of the warm, soulful people he grew up around, used “town” in place of “city,” which gave him the contraction “Motor Town” and the perfect name for his company and new label Motown.

Because of his previous experience at Lincoln-Mercury, Gordy set up a system at Motown called Quality Control. Quality Control was created to ensure only top product would be released. At Motown Records, meetings were held on Friday mornings so producers could submit their product to be voted on. Gordy said these meetings were one of the key elements of the company’s overall growth and success. Known producers of Motown were Holland-Dozier-Holland, Norman Whitfield, Ashford and Simpson and Smokey Robinson. They were all as distinctive as the artists they produced. The competition was fierce but so was the love. Motown artists flourished from this process. Quality Control not only helped at Motown but it would later be a launch for a Modern record company known in today's time as QC record label. This irresistible force of social and cultural change made its mark not just on the music industry, but society at large. Motown's sound became one of the most significant musical accomplishments and stunning success stories of the 20th century. Motown was one of the most accomplished of all time. With more than 180 No. 1 hit songs worldwide and counting, Motown's influence is still being felt today, from pop to hip-hop.

Motown produced artists like Diana Ross & the Supremes, Smokey Robinson & the Miracles, Stevie Wonder, the Temptations, the Four Tops, Marvin Gaye, Michael Jackson & the Jackson 5, the Marvelettes, Martha Reeves and the Vandellas, Gladys Knight & the Pips, Lionel Richie & the Commodores, Teena Marie. The music produced from Motown's artists communicated with and touched all people of all ages and races. 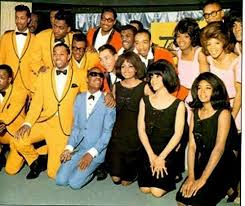 In November of 1957, Berry Gordy wrote his first hit with Jackie WIlson’s Reet Petite. This was his introduction into the music business.

2 years later in January of 1959, Gordy launches Tamia Record Company and its firt single “Mary Johnson’s Come To Me.” Later that year in 1959, Gordy changed the company name to Motwown Records in Detroit,MI. After this time Motown began to create and list many artists and songs.

From December of 1961 to December of 1970, Motown produced many hit records from well known artists. These records introduced, The Marvellettes, Lamont Dozier, Stevie Wonder, Marvin Gaye and The Jacksons.

1970 was Motown’s most successful year, it produced 17 top 10 hits. The following year in 1971, Motown highlighted artists like Marvin Gaye and Michael Jackson as solo artists. They would produce well known tracks such as “What’s Going On,” and “I’ll Be There.”

In 1972, Stevie Wonder entered the spotlight. At Motown, he creates leading albums like “Music on My Mind,” “Talking Book,” and “Songs In They Key Of Life.”

1973 introduced The Commodores. This group was fronted by Lionel Richie and became Motown’s biggest group of the year.

1973 was also another important year for Motown. Berry Gordy decided to step down as head of Motown Records. He takes over Motown Industries and moves to Los Angeles, CA.

Four years later in 1977, One of Motown’s artists Thelma Houston helped to create a new genre; Disco. She released “Don’t Leave Me This Way.” 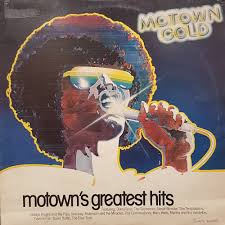 In 1981, Rick James made his debut at Motown with his album “Street Songs.” During these seven years, Motown continued to produce black artists with a new flame. Each artist had their own flavor and appeal. They created different sounds, records, music and songs. Each Motown artist was known to make “something hot.”