The ragtime genre thrived from 1896-1920. As ragtime’s influence transferred from the black community into mainstream media, the common means of music creation was different. Folk music and negro spirituals were documented through oral tradition, now ragtime music was now being documented on sheet music. Many white people transcribed the ragtime compositions from black musicians, consequently creating an industry that did embrace black ragtime musicians; ragtime’s documentation resulted in the whitewashing that is present amongst the genre.

The ragtime ‘translations’ of black created compositions on sheet music were in high demand by white middle/upper class piano players. As the compositions were readily available to learn, many white composers began producing rags and were immediately employed by publishing companies. This clearly illustrates how the white demographic greatly benefited from a black creation and proceed to leave the creator of their success in the dust by not hiring or crediting black composers.

Creating a Legacy in Ragtime while Black 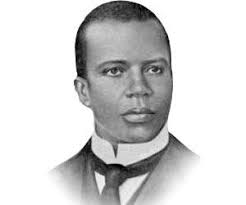 As black composers, such as Scott Joplin, learned to read and write sheet music they again created. From them, a more sophisticated style of ragtime emerged called “classical ragtime.” Scott Joplin had huge success when his ragtime piece “Maple Leaf Rag” was published–over half a million copies were sold by 1909. During a time when typical rag publications were published in small numbers and sold few copies Scott Joplin obtained visibility from his piece in a way that was not done before. Scott Joplin’s influence in ragtime was and still is so powerful, that his composition “Maple Leaf Rag” has been used in many TV shows today. Despite the success of many of Joplin’s compositions, Joplin was only compensated one penny per copy in royalties.

Shown to the right is an example of Scott Joplin’s piece, “Maple Leaf Rag” which was played in “The Simpsons.” In addition to this, the famous composition can also be heard in programs such as:

Other influential black ragtime artists include Arthur Marshall and James Scott who were both recommended to publishers by Joplin. Marshall and Scott also went on to compose famous works as pictured below. 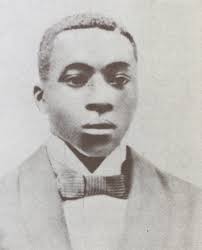 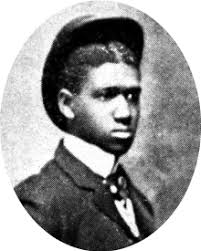 While ragtime was a huge hit, it is very unfortunate that the black originators did not receive the compensation or credit they deserved in this era of music. While sheet music documentation is excellent in its ability to preserve a musical period and gave the creator credit, it ended the oral tradition that was prominent in black culture deriving from Africa. Black musicians were exploited horribly during this time, but we are fortunate to have some understanding of the influence of great ragtime pioneers such as Scott Joplin.