Ragtime emerged as a genre before it was given a name. Like its syncopated rhythmic patterning, ragtime burst onto the scene of music during the late 1800s. The name, being undefined for some time, gave way to the flexibility and evolution of the genre into areas of performance and arts separate to music. Skipping into the theater and other performance areas such as bars and brothels, ragtime brought upon itself a characterization as a uniquely secular and entertainment driven genre.

The Ragtime genre, characterized by an upbeat sound, and defined by its duality of written music and of tradition, paints the picture of a newly emerging dynamic character display of black existence. While Ragtime allowed for the first million-copy piece of work to be published, it also gave way to caricatures and the further dehumanization of black people. Coon songs and cake walks, which were prominent features of the genre, perverted the black creative element of ragtime into a source of entertainment for white people. Black people were depicted as lazy, dishonest, violent, and greedy. While this resulted in the successful commodification and marketing of the genre, it also led to the further perpetuation of stereotypes.

This reveals the veil of racism which covered the hypocrisy of these perpetuated elements.  Within society, ragtime being an emerging genre highlighted the creativity of black people in a way never done before. The social implications of this, however, called for an adjustment within white society as to how this creativity was commodified, marketed, and framed. The result of this caused a shift in the way that black people were depicted to an even further extent to that which was done before. As the success of black artists like Scott Joplin, who made use of sophisticated compositional documentation, increased, so did the urgency amongst white society to further delineate and segregate black people from the humanized and dynamic image they strived to achieve.

An interesting contrast is presented when successful artists such as Tom Turpin, publisher of “Harlem Rag” were celebrated for their creative contributions but not as individuals. Songs like “All Coons Look Alike to Me” by Ernest Hogan, highlight this push white society created to group all black people together.  He went on to be the first African-American entertainer to produce and star in a Broadway show and helped to popularize the musical genre of ragtime. Although Ernest Hogan was able to become a successful black performer, it was not done without demeaning himself. 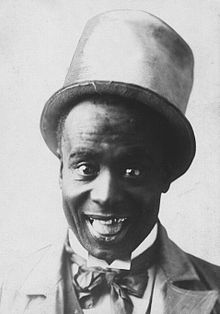 Here in lies the duality of the ragtime genre. Ragtime, a genre that highlighted the creative strengths of black people, offered them very little creative liberty to display themselves authentically. Still, the ragtime genre was woven into all kinds of creative works.

The ragtime genre had had a tremendous amount of impact on the music surrounding the era as well as the music to come. Claude Debussy, known for songs such as “Clair De Lune” and “Children’s Corner”, was inspired by the ragtime sound. This heavily influenced the syncopated sound of his works. Outside of classical music, as white America knew it, ragtime gave way to the overlapping and seemingly impromptu genre of jazz.

I am led to think, in my conclusion of my thoughts, of the ways in which black creativity was and is consistently perverted for the entertainment of white people. This to me is identifiably American in all of its detailed efforts to misconstrue the attempts of oppressed groups to uplift themselves.  Art is the purest projection of self that we can create as human beings and to have that stripped away is not only unfortunate, it is inherently evil. One’s ownership of self, persona, and expression is a depiction of his soul. This is why composers like Scott Joplin are so important. The ownership of his creativity along with his success was the light at the end of a tunnel of darkness that desperately wished to conceal and hide away the luminance of black creativity. Creativity is power and genres like ragtime, displaying this creativity so evidently, highlight the importance of its preservation within communities of black people. When we write our stories down, when we make art, and document music by way of compositions, we control our narrative. Throughout history, and especially during the ragtime era, taking control of our narratives has proved to be especially difficult in many instances. Black people feel forced to convey a certain image to sell, become popular amongst society, and climb the ladder of social hierarchies, but it is up to us now to decide t push the boundaries, to “rag” our existence, creating upbeats and flowing against the grain as much as we please so that we may take ownership of our intricacies.