Each person who leaves this earth, leaves behind a legacy. Whether the legacy is big or small, it is a unique way of remembrance. In this biography, the legacy of Ermias Nipsey Hussle Asghedom will be remembered. Details about his background, childhood, struggles, education, achievements, and life experiences will be discussed. With this biography, THE MARATHON CONTINUES… Rest In Peace Nipsey Hussle.

When people think of artists and musicians they often first think of their physical talent abilities. However, most of these artists and musicians are more than just physically talented, as many are intellectually rich. Rapper and activist Ermias Asghedom, also known as Nipsey Hussle is one who is recognized for both his physical and mental talents. Get ready to read about one of the most culturally woke, physically talented mogals of the HipHop/ Rap culture; Nipsey Hussle.

Angelique Smith and Dawit Asghedom gave life to Ermias Asghedom on August 15th, 1985 in Los Angeles, California. From a child, Ermias was known to favor music. His parents described him as an attentive child “always paying attention to the details.” Growing up, Ermias attended many elementary and middle schools in Los Angeles. His status in school listed him as popular, but this was because he was most known in his neighborhood in the Los Angeles area of Crenshaw and Slauson.

On Slauson, Ermias attended Alexander Hamilton for all of High School. After highschool, because of his early childhood passion for music, Ermias eventually focused his attention into the musical career field as a rapper and lyricist. Once starting a rap career, he was no longer Ermias Asghedom. He was forever further known as Nip/ Nipsey  Hussle. Nipsey Hussle says his rap and stage name was inspired by the comedian Nipsey Russle, as he loved his stage presence and detailed jokes.  Many attest to Nipsey’s lyrics and flow being beyond irregular. His raps and rhymes displayed his different forms of intelligence with words and vocabulary. This was mainly because after high school, outside of music, Nipsey continued to study English, psychology, and philosophy. 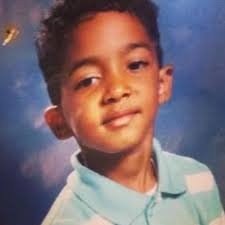 Although Nipsey Hussle had aspirations of expanding musically and mentally, he did not experience the many coloristic privileges of the world. The neighborhood Nip grew up in was known as “the hood.” Because of this, he had a long affiliation with the Rollin’ ’60s, an LA-area gang which is connected to the Crips. Nipsey Hussle was a man of the streets, but he was also known for his rap hustle. In the late 2000’s Hussle began to put out mixtapes. He then became a quick mixtape favorite in the later 2000s because of the reality of his lyrics. After the release of his music, Hussle distanced himself from the gang. He became more involved in community activism, working to empower and employ underprivileged groups through real estate investments, science and tech learning centers for teens, and other efforts in inner-city Los Angeles. 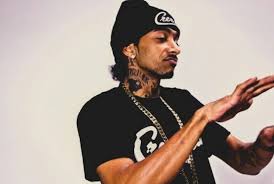 Starting with Slauson Boy in 2005, Nipsey Hussle issued a trio of “Bullets Ain’t Got No Name” mixtape volumes in 2008 and 2009. In 2009 he also released his first debut single “Hussle in the Hous.”  In 2010, Hussle began to be recognized by top magazines. He was nominated by magazine XXL as one of the annual rap top 10. Hussle was also recognized by LA weekly for his talents. After gaining popularity for his first mixtapes, Nispey moved on to the sequel of “The Marathon” in 2011. Nipsey’s eighth mixtape, “Crenshaw”, was produced in 2013.

“Crenshaw” was priced at a selling number of $100. This price was high but Crenshaw” was established into the Top 40 of the Billboard Heatseekers chart and it also featured appearances by James Fauntleroy, Slim Thug, Z-Ro, Rick Ross, and more. Hussle’s next mixtape release was titled “Mailbox Money.” “Mailbox Money” was released on the last day of 2014 and featured established rappers like Rick Ross, Dom Kennedy, and producers DJ Mustard and DJ Khalil.

Hussle’s hustle did not stop in 2014. He kept pushing out music and establishing his place within the rap industry. Between the years of 2000 and 2014, Hussle also had many features in other rapper’s songs.  In 2016, Hussle teamed up with YG for the anthem “FDT (F*** Donald Trump),” which peaked at number 50 on the Hot R&B/Hip-Hop Songs chart. Then in 2017, Hussle returned to his own material with a single titled  “Still.” “Still” had a sample of Dr. Dre’s “Still D.R.E.” and featured appearances by Sloanbone and Pozition. Later yhat same year, Nipsey issued Slauson Boy, Vol. 2, featuring Mozzy, Young Thug, Dave East, Snoop Dogg, G Perico, Kirko Bangz, and Young Dolph. All of these rappers were talented and considered “hot” at the moment.

In early 2018, Hussle issued his official ending debut in  full-length, “Victory Lap.” This release featured the following artists; YG, Puff Daddy, Kendrick Lamar, The-Dream, Cee Lo Green. “Victory Lap” ended up in the Top Five of the Billboard 200 and was later nominated for Best Rap Album at the 61st Grammy Awards. From all of his productions, Nipsey Hussle’s range of music displayed many forms of diversity within the rap culture. He was intelligently lyrical, and could even rap about the “realness” of the streets in his songs without adding fake rap. This is what gained him the popular recognition, Hussle became known as diversely talented.

Love and His Life's Legacies

Nipsey Hussle left more than just his rap legacy in this world. In 2008 Hussle had his first child, Emani Asghedom. Later in 2016 Hussle had a son, Kross Asghedom. Nipsey’s children do not share the same mother. However, the mothers of his children are deeply respected within the industry. The mother of Nip’s second child is actress Lauren London. Lauren London and Nispey Hussle became a couple in 2013. They were pictured on social media and trended on many social platforms. Their relationship was no secret, as they became married in 2016. London and Hussle’s relationship was admireable. They were both successful, had amazing stories, and created nothing but good vibes. The two were known to uplift eachother with positivity and longevity. Here is a clip of an interview with the two of them.

Nipsey Hussle had many ending achievements. His release Victory Lap received a distinct honor when it was nominated for a Grammy for Best Rap Album in 2018. The hour-long album honors all the work he put in and it looks back at all he’s achieved. It also looks forward to all he planned to build and inspire. Outside of rap, Hussle achieved many other things within his community. He began to make a difference by expanding his name in ways other than just rap. In 2017, Hussle bought real estate in the Crenshaw District, including what became his clothing store, Marathon. Marathon was conceived both as a way to promote commerce in a lower-class area and as an experiment that blends smart technology with brick-and-mortar retail. Consumers could use their smartphones in the store to order directly from the brand, and Hussle described the environment as having a “Starbucks-like” vibe.

In 2018, Nispey Hussle also co-founded a science and tech-focused center for underprivileged youth in the neighborhood and a We-Work-style co-working space was attached. “The reason that there’s no pipeline is that we lack science, technology, engineering, and math skills, and you can’t teach a 13-year-old that; it’s too late. They gotta be trained in that.” Hussle spoke of finding his inspiration in Silicon Valley leaders like Mark Zuckerberg and Elon Musk. Nip also owned stock in bitcoin. The communities will hopefully continue to benefit from Hussle’s work to give back to the neighborhood that raised him. His efforts didn’t go unnoticed by the community he availed himself to. Like Hussle, actress Issa Rae of HBO’s Insecure grew up in South Los Angeles, and in the days following Hussle’s death, she spoke about growing up with the rapper in an interview with Buzzfeed News, recalling Hussle’s eventual support of and influence over local residents, including herself.

Hussle was well developed in his activism, investment portfolio, critical accolades, famous fan base. Hussle catered his efforts to, and attracted the attention of, primarily black audiences. “The artist part of me always wants to be appreciated,” Hussle told GQ in February, speaking about his more niche fame. “I read every review. But I never wanted to seek validation by awards or anything controlled by politics.”

On March 31st, 2019 Nipsey Hussle passed away. Upon hearing the news of his death, numerous celebrities offered their condolences on social media. Los Angeles Mayor Eric Garcetti also offered his condolences to Nipsey’s family, and a petition was started to rename the intersection of Slauson Avenue and Crenshaw Boulevard near Hussle’s store Marathon Clothing to “Nipsey Hussle Square”. On the day of his funeral, the city council announced it was set to be renamed Ermias “Nipsey Hussle” Asghedom Square to honor him and his contributions to the neighborhood. Hussle’s memorial service was held on April 11 at the Staples Center in Los Angeles, with tickets given away free of charge. A letter from former president Barack Obama was read which praised the rapper for his work in the community. “While most folks look at the Crenshaw neighborhood where he grew up and see only gangs, bullets, and despair, Nipsey saw potential,” Obama wrote. The 25.5-mile funeral procession wound through the streets of South L.A. including Watts where he spent some of his formative years. The Watts Towers were a gathering place along the route for mourners. The crowds lining the streets, which at times created gridlock as they flooded the streets, demonstrated the impact he had on this community. Hussle’s longtime friend and collaborator YG dedicated his performance at the 2019 Coachella Valley Music and Arts Festival to the memory of Nipsey Hussle.

Some of Nipsey Hussle’s last legenedary words were “It was the culture that taught me to keep going,” Hussle wrote last October for the Players’ Tribune, in which he explained why he was devoting time to refurbishing an old neighborhood basketball court. “To bet on myself. As an individual, as an artist and as a leader of a crew, I carry that mentality with me wherever I go. It’s not just me, it’s a lot of us from L.A. It’s the mentality of, We ain’t turning down nothing. We here for all requests and invites. We not making excuses. We going forward.”

Instead of trying to build a brick wall, lay a brick everyday. Eventually you’ll look up and you’ll have a brick wall. ”