MUSIC FROM AFRICA TO AMERICA 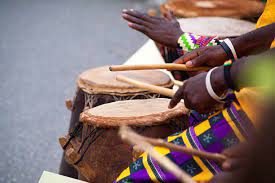 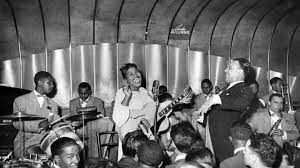 According to African American Music, edited by Mellonee V. Burnim and Portia K. Maulstby, Africans and American Americans used music to accompany various aspects of community life. In African culture, music accompanied religious rituals, occupational, recreational, and leisure activities. For example, in 11 century in Ghana, when the king made public appearances he was accompanied with the beating of drums. African African slaves also used music to accompany recreational and occupational opportunities. Slave children often played song and dance games. Music allowed slaves to  freely express themselves under such captive conditions.

The sound quality of African and African American music is unfamiliar in European culture. Sounds such as ivory trumpets, whisper sing, and group sining(Ghana) are distinctly African. Theses styles incorporated more elements of music that are unfamiliar to Europeans. African and African Americans holds many similarities when it comes to timbre in music. One of those elements that were brought to the Americas is clapping and shouting along with the music. This is especially common when African Americans are using music for religious expression. The congregation would clap, stop, sing, or scream in response to who is leading the music.  In gospel music, this is known as call and response, which is not done in European culture. Improvisation is common is religious music as well as secular music. Early African American jazz artists would combine instrument to create contrasting sounds which is something Europeans did not do. African American instrumentalists even used instruments to imitate voice. Technique such as the bottleneck enabled to guitarist to imitate a singing voice by sliding metal from a bar across a guitar. All which in unfamiliar in European music.

Polyrhythm is several different rhythms being payed or sung simultaneously. This type of rhythm enables a combination of rhythms to be played by many different instruments. Polyrhythm contributes to the complexity of different African American genres of music such as gospel, ragtime, funk, and jazz.