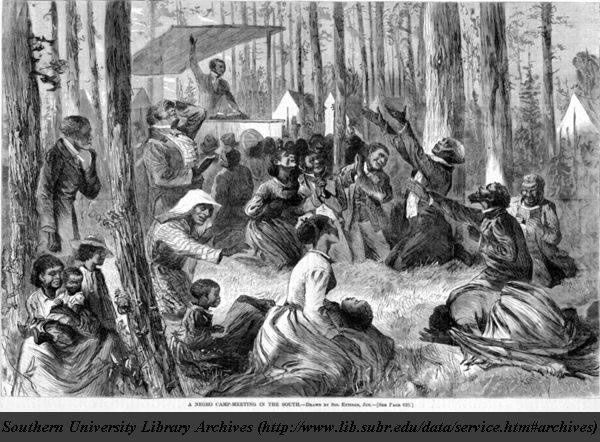 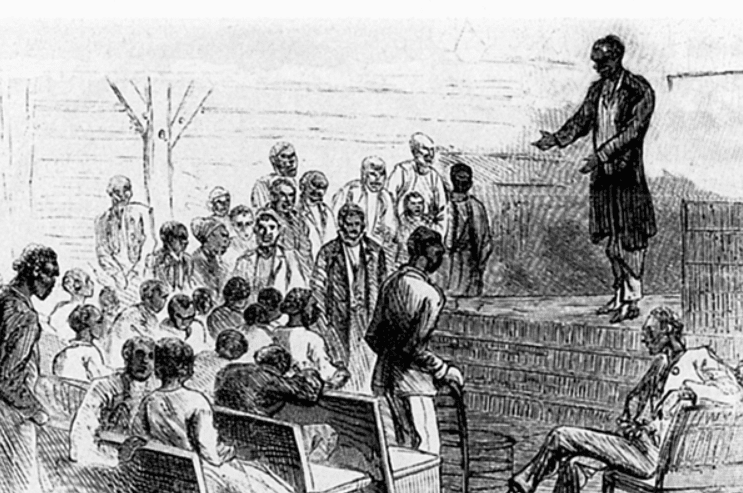 During Slavery, African Americans were banned from meeting up for worship and church services without the supervision from whites. Because they were not allowed to hold their own services legally, they found ways to worship in secret, in defiance of the laws placed against them. The laws that prohibited them from gathering together without the supervision of whites was first passed in Virginia during the 1630’s, so from then on out Blacks dangerously still met in the woods on Sunday evenings, hidden away from their white owners. The Invisible Church was a sort of safe space for African Americans to be able to praise, worship and speak what they pleased. It brought the slaves joy and comfort, being able to feel a sense of freedom among themselves. Within their church, African Americans sang spirituals that involved movements of the body, clapping and shouting. This was their form of “expressive freedom”.

In my opinion, it was amazing learning the many barriers that African Americans went through just to be able to freely express themselves. The fact that they risked their lives just to meet up and worship without whites hovering over them shows the sacrifices and bravery that they held during this time period. Their spirituals held so much meaning, such as survival, freedom, and acts of rebellion. Helping guide them through the hardship and pain they had to endure.