You Need Some Negro Spirituals Negro Spirituals originally surfaced when slaves were working through the plantations many years ago. These songs were cries for help from their Lord and Savior. Negro Spirituals were created by black people and published by whippos. White people made money off of music they did not even dare to create, yet because blacks did not write them down, whites took all the credit. These songs expressed their hardships and struggles, so it was cruel for them to not even benefit off of their own creations. White people will never change.

Negro Spirituals were the only freeness our ancestors felt. They eventually influenced Jubilee Quartets. 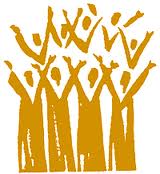 The Elements of Negro Spirituals

Below are two famous Negro Spirituals!

Harry T. Burleigh was a famous composer known for his baritone voice, born on December 2, 1866. He Learned Negro Spirtuals and plation songs from his grandfather. He promoted the art of Negro Spirituals through lecture and his work.