Negro Spirituals and Folk- Where it all began 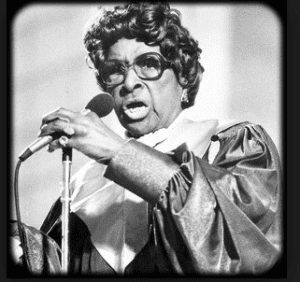 As far back as the 1600s, African Americans have been dispositioned and impacted by the doings of colonizers and imperialists. Looking into the 1700s, 1800s, and 1900s, African Americans experienced the Great Awakening and the Second Awakening where they were experiencing exploitation of their nation and culture, and were faced with being threatened by other nations. Such experiences have put the safety and well being of African Americans in great danger.  Since Black African Americans were being treated as inhumane objects of oppression, they found ways to cope with their situations and the turmoil that they would experience through music known as negro spirituals.
Origin and the Characteristics of the Genre:
Negro Spirituals, while there is no clear date of origination, is said to have originated in the eighteenth century during the Great Awakening. Negro spirituals were the ways that slaves felt they were able to cope with the turmoil they were experiencing. During this time, Black people were being stripped and dehumanized of their different identities and became slaves who had to find ways to combat their culture being deteriorated. Some characteristics of negro spirituals are the call and response, a refrain in the choruses and the verses, complex syncopation and poly rhythms, melisma, repetition, and religious outlook. Negro spirituals were heavily influenced by Gospel music which made negro spirituals sacred and traditional, while Folk was the secular portion.  The songs for the most part were used as forms of communication between the slaves such as “Swing Low Sweet Chariot” and “Wade in the Water”. Songs like these would have greater symbolic meaning such as to warn the slaves of the coming dangers of the underground railroad like “Wade in the Water”, or merely to keep hope alive that one day they would be liberated.
Social Implications:
The music of negro spirituals and slave songs were deeply rooted in slavery and the process of enslavement, but also in ensuring that their music remained their music. Blacks relied on music to humanize the slaves that had been dehumanized. The music was used to help emphasize their individuality. Some of the songs were called shouts which consisted of typical dancing involving hand clapping and food tapping as well as “pattin juba” (which is a form of music making in the 19th century which involved foot stomping, slapping, and etc.). Negro spirituals and slave songs were used as methods of communication as it was a code that only the Blacks could understand.  Of course, the white man had to find ways to exploit these talents by forcing the slaves to perform for others. These songs helped Blacks cope with the experiences faced during slavery and helped them have hope during the most hopeless times of their lives.  The music was simultaneous to the experiences of their cultural movement, therefore, their styles were continuously evolving resulting in the very first spirituals being inspired by African Music. 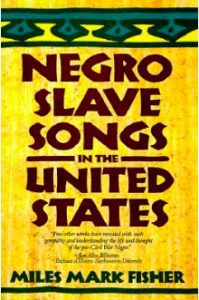 Important Performers:
Some important performers and songs were John Newton’s “Amazing Grace” (1779), William Francis Allen’s version of “Go Into De Wilderness” (1867), and “Follow the Drinkin’ Gourd” (1928) (used by conductor Peg Leg Joe to guide some fugitive spaces escaping through the Underground Railroad to encode escape instructions and a map). Looking at “Swing Low, Sweet Chariot” (1909), which was first performed by the Fisk Jubilee singers/quartet founded at Fisk university in the 19th century. The Fisk Jubilee singers/quartet sang this song as an ode to the anguished soul of Sarah (who was a slave who had would be separated from her daughter and instead, she wanted to go drown herself and the baby at the Cumberland river. At which time, she ran into a woman who said “let de chariot of de lord swing low” meaning just hand her worries over to god). This is an example of how music gave hope to the slaves and kept hope alive even when they felt hopeless. Overall, all of these songs and performers were all influential in maintaining the black identity and ensuring that their experiences were reflected in their music.
Some other important artists like Slayton’s Jubilee Singers, Mahalia Jackson, the Wilmington Jubilee singers, and some of the most influential being Sallie Martin, Jessie Norman, Kathleen Battle, Paul Roberson, and slave leaders like Harriet Tubman, have shifted the way that people look at the Negro spirituals. 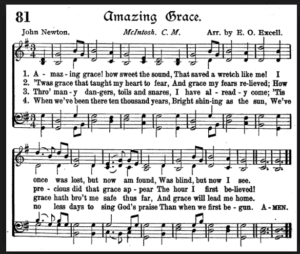 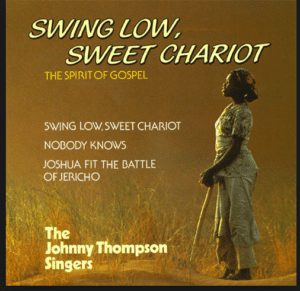 Commodification and Influences of Future Genres:

The commodifications of the many slave song books produced left many of the these artists, both influential and many of which are unknown, unable to attain the credit and acknowledgement that these Blacks deserved and should have received (This is similar to the Harlem Renaissance as many black artists were creating works of art which aligned with the disposition that the felt but all of those who expressed it did not receive the credit they deserved because a lot of the original music was lost and only portions were able to be recovered).

These songs were all influential during the period of negro spirituals, and writers/performers such as Ledbetter, paved the way not only for folk and blues, but also rock and roll. One of the greatest examples of this influence is “Pick a Bale of Cotton” (1945) as it was transformed by Ledbetter into a fast paced dance number influenced by his experience. 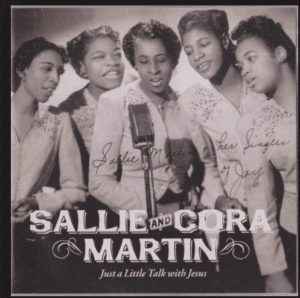 Conclusory Opinions:
In all, Negro spirituals were founded by the experiences and exploitations faced by African Americans due to oppressive behaviors imposed by slavery, the process of enslavement, and colonization. African Americans found ways to cope with their experiences through the cultivation of music as their way of dealing with their experiences. This to me, is similar to the double consciousness that black people go through. Due to the situations that we go through, Black people have to be aware of everything that they do and where they are because of the color of their skin. Constantly having to be aware of who one is around and the audience one surrounds themselves with can cause one to find alternate ways to cope with their experiences. Music and artistic performance was one of the only ways that the slaves could use to cope with their turmoil which is why the birth of Negro Spirituals was not only necessary, but it was inevitable.
PrevPreviousThe Negro Spiritual-The Original Folk Music
NextNegro Spirituals/Slave SongsNext