African’s were violently removed from their country and homes. First , by a group of 20, then by groups of 40, and then later into groups of 100s. Innocent women, men, and children were forced to work and travel in inhumane conditions and beaten to a bloody pulse day in and day out. In these conditions, hope seems to be an out of reach idea and God seems to be a fork-lore character, but not to the African turned slaves. People were in desperate need of hope as well as something that reminded them of their humanness. From this longing, we can attribute to the origin of Negro Spirituals. Negro Spirituals were used as bounds of celebration, prayers, and cries for help. Negro spirituals tell the brutal stories of what the slaves experienced. These songs served as freedom since for some of the slaves, this would be the closest thing to freedom. Elements of the bible were also used in Negro spirituals, which are mostly shaped by Western views on religion. “The slave population was fascinated by Biblical stories containing parallels to their own lives and created spirituals that retold narratives about Biblical figures like Daniel and Moses.” (Library of Congress) Negro Spirituals have stood the test of time. These lyrics have been managed to be passed down by generation after generation, first by mouth, then by writing, then by recordings. Negro Spirituals such as  “Ain’t gonna let nobody turn me around”, “Swing Low, Sweet Chariot”, “Sign my name”, and “Wade in the water” are just a few of the many songs that have survived the journey over time. Ironically, three Englishmen can be attributed for also passing down Negro spirituals. A man who knew how to write and play the piano came with the other two men “and they penned the 100 Negro Songs of the United States.” (Slave Songbook)  Singers such as the Fisk Jubilee Singers from Fisk University in Nashville, Tennessee were an important aspect to the continuation of and passing of Negro spirituals as they were able to use the music written down and perform it all over the country. 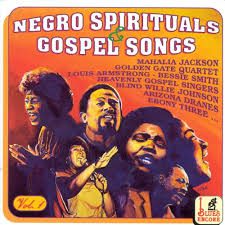