Negro spirituals were songs created by the enslaved Africans who were captured and brought to the United States to be sold into slavery. This stolen race was deprived of their languages, families, and cultures; yet, their masters could not take away their music.

Just like everything else in their life had been forced upon them, enslaved Africans were also forced to attend churches and other religious ceremonies, so this is where the genre of negro spirituals stemmed from. Over the years, these slaves and their descendants adopted Christianity, the religion of their masters. They re-shaped it into a deeply personal way of dealing with the oppression of their enslavement. Their songs, which were to become known as spirituals, reflected the slaves’ need to express their new faith.

Negro Spirituals arose around the same time period as folk music but instead of being secular, the negro spiritual genre was more religious. These songs were filled with emotion and echoed the enslaved Africans struggles in a religious light.

Negro Spirituals had many complexed components to the genre. One of the components being the call and response structure, which many African Americans can find in some present-day churches across America. Call and response are deeply embedded into African-American musical traditions including blues, jazz, gospel, R&B, soul, and hip-hop. The phrasing is a musical conversation—a statement made by a musician or group musicians is answered by a response. Call and response comes from Sub-Saharan African cultures and developed in America through slave work songs and field hollers, spirituals, and blues. 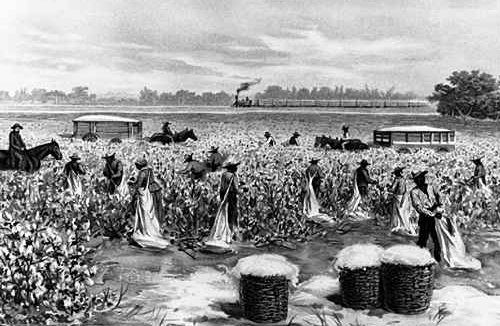