Elijah Rock is an example of a Negro Spiritual. 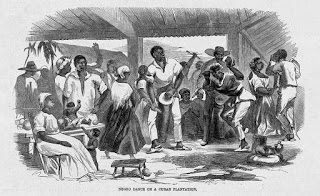