A negro spiritual is very similar to a religious folk song, and stems from the enslavement of African Americans in the South. The songs provide an insight to the decades of slavery leading up to its abolishment in around the 1860s. It is one of the most prolific forms of American folksong. When the enslaved Africans were taken, most were forced to convert to Christianity and were expected to uphold  their values. The musicality of the genre symbolized social, economic, physical, mental, and emotional burdens but despite all this a hope that things will change for the better. Most of the hymns are composed of biblical texts or with their interpretation of the biblical texts which were introduced to them by European missionaries. Due to this being an aspect of folk music, call and response is still a heavy element in the negro spiritual genre.

In Africa chanting and shouting during different ceremonial events were a part of life, they were forced to adapt to the inhumane lifestyles of slavery, which is how it developed into ring shout or call and response. This song structure or performance in which a singer/ instrumentalist or group sings or plays a musical statement that is either answered by another soloist, instrumentalist,or group, sometimes overlapping. Traditionally, this was performed in a circle in church-like settings where African- Americans would sing, dance, and shout.

The birthing of the negro spiritual became the breeding ground for that revolutionary spirit in blacks that makes them so invincible. They have gone through so much, yet they still somehow get over all the roadblocks the system has set out for minorities.

Once slavery ended, the Negro Spiritual began to evolve. They were no longer singing in the fields to pass time during working hours. However, they still used them as protests songs to advocate for the unjust treatments of blacks. They were no longer considered less than human, and wanted o be treated as an equal part of society now. This new change in attitude led to the creation of concert spirituals and arranged spirituals. With the new dynamic that black performers were now practicing, it changed the whites perception of them. Instead or portraying blacks as uneducated and buffoonish, they began to seek our entertainment. The rise in this new way of doing things can be credited to the Fisk Jubilee Singers. In the 1870s, the creation of the Fisk Jubilee Singers, which consisted of former slaves from Fisk University in Nashville, Tennessee sparked an international interest in the musical form. Their expansive and extensive touring schedule in the United States and Europe was received well by audiences. Because it was heavily associated with slavery,it was controversial at the time for blacks. However, due to its popularity the performances were continued and paved the way for concert hall, a tradition is still very strong today.

The look of the Fisk Jubilee Singers strongly juxtaposed the stereotypes portrayed across the world of the black community. They were serious and professional clothed in tuxedos, dresses, and appealed to the eye. They sang patriotic songs, spiritual songs, and other popular musical genres. The success of the Fisk Jubilee Singers has impacted far more thank the black community but to white audiences overseas. Also, within HBCU culture, many black choirs like Spelman College, Hampton University, and Morehouse College. 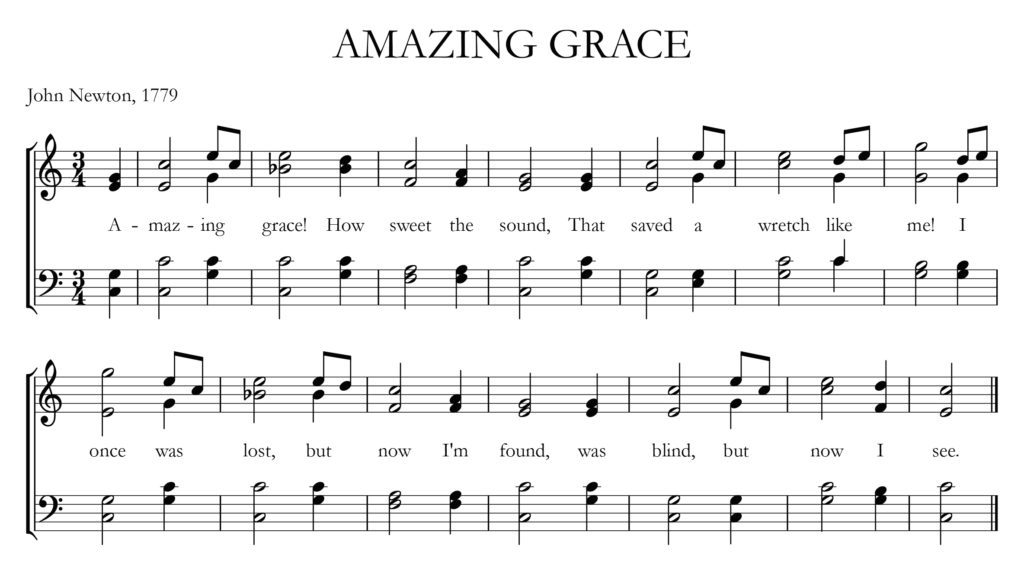 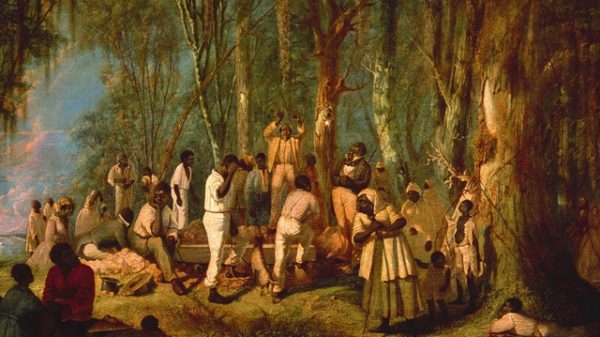 A hymn is a religious song or poem of praise to God or a god. They are metrical compositions in strophic form, typically eight bars of rhyming couplets, loosely based on biblical scripture.

This element involves a call and response with an instrument, soloist, or group.

There were invisible churches where slaves worshiped in secret, often in defiance of the laws that prohibited their assembly without white supervision.

Because the enslaved Africans were transported from different countries in Africa, they were not all of the same ethnicity or dialect. They used spirituals with a double entendre, which means double meaning. This served as a method for slaves to communicate back and forth and worship the Lord without the masters knowing what they said. Negro Spirituals have become now what we know as Gospel music. The call and response with choirs, is a modern form of what occurred in the late 18th and early 19th century.

In conclusion, the Negro Spirituals chapter was more of a refresher for me. Growing up in Atlanta, and going to predominantly black schools made me more aware of my history and we always veered  of the curriculum to learn a little more about our ancestors.