"Sweet Nancy" : The Story of the American Jazz Singer 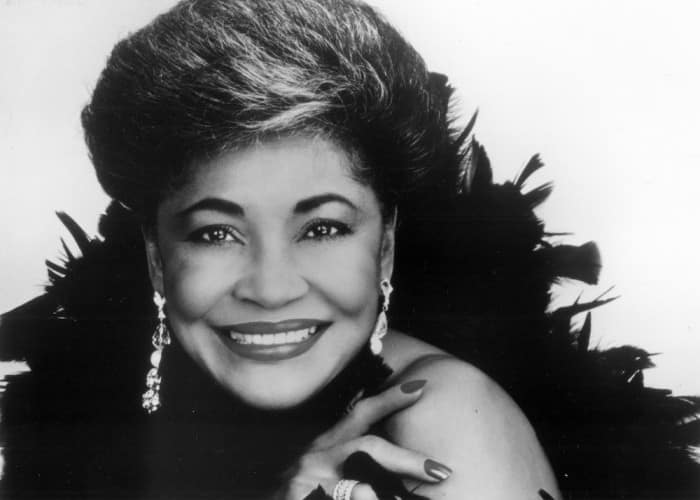 Nancy Sue Wilson, born February 20th, 1937, was destined for a life in music from a young age. Her mother Lillian Ryan and her father Olden Wilson would play records of singers such as Nat King Cole, Billy Eckstine, and many others which influenced and fueled her love for music.

Music was a huge part of her childhood, which makes a lot of sense, seeing where she ended up. Wilson was born in Chillicothe, Ohio, and was the first of her six siblings.

A large aspect of Wilson’s life was her religion and relationship with the church. At church, she discovered her talent and passion for singing. She known for imitating famous female singers and being exceptional for her age and lack of experience/training. Her family said that by age four, she knew that she wanted to be a singer when she grew up.

At fifteen, Wilson made local television for winning her school’s talent show which was sponsored by ABC. Because of her success in the contest, she was able to appear on the television show. Her appearance gave her a small leeway into the industry. Wilson went on to graduate high school early, focusing on her studies and holding side jobs. After high school, she went to Central State University for a year and ultimately dropped out after a year to pursue her aspirations.

Instead, she went on to audition for a spot for Rusty Bryant’s Carolyn Club Big Band and won! She toured with them for two years and during that time caught the attention of producers at Dot Records.

When Wilson was starting to puruse her career, she moved to New York, the epicenter of music, in 1959. In New York, she got a full time position at club “Blue Morocco” before signing to Captiol Records in 1960. Because of her incredible talent, she was the hot topic for many record labels and it didn’t take long for her to find work/get signed.

Her song “Guess Who I Saw Today” was an instant hit and was successful for more than two years. Because of the attention that her single attracted, Capitol Records went on to produce 5 albums of hers.

Her first album, “Like in Love,” was heavily influenced by Rythm and Blues and showcased her talents. This was different for Wilson because her comfort genre was Pop. Her manager believed that showcasing a different style of music would boost her and show the variety and range of her talents.

Later, Wilson’s next four albums hit the Billboards and propelled her to nationwide recognition. One of her more well-known songs from these albums was “Save Your Love For Me.”

Many liken the turning point of her career to be when her song “Tell Me The Truth” became a hit. The attention the song received lead to her performance on the Coconut Grove, a popular nightclub in LA. She went on to have 11 songs on the Hot 100 list over a span of 8 years. (1963-1971)

Her success in the music industry lead her to have numerous TV appearances where she ultimately got her own series on NBC, called the “Nancy Wilson Show.” The show went on to receive an Emmy and was very popular.

At the end of her career, she performed at Ohio University in 2011 to symbolize her career coming full circle. She unfortunately passed in 2018 due to a long fight with lung problems.