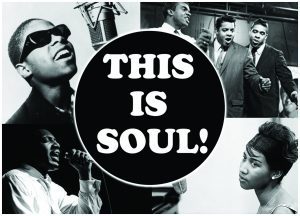 Soul music derived from 1950’s R&B and became a distinct genre in the ’60s. Soul music became most popular in the ’70s. It is called soul music because of the sound that comes from the use of rhythms, musical and formal structures from Black gospel music. The elements from the soul genre eventually replaced blues, jazz, and pop.

Soul music is characterized with a common meter, call-response structures, gospel harmonic progressions, gospel vocal phrasing, inflections, and melismas. A major part of soul music is its use of horn instruments, organ/piano, bass, drum kit, and guitar. Soul music also took traditional gospel songs and turned them into secular music, such as “In the Midnight Hour” by Wilson Pickett and “Lovable” by Sam Cooke. 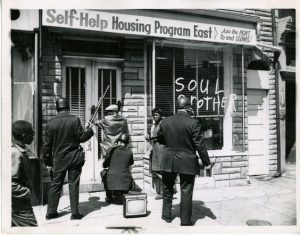 Soul music had a major contribution to the Modern Civil Rights Movement and the Black Power Movement. During the Civil Rights Movement the performers would turn spirituals, gospel music, and R&B into freedom songs during their different protests. From these songs came a mixture of sacred and secular music. The term “soul” became a huge element in the black community during the Black Power Movement during times of destruction and uprisings. To identify as someone thats apart of the movement people would hang signs in their stores that read “soul brother”. During 1965 black radio stations would identify their stations as “Soul Radio”. Soul became a label for black culture, from the music we listened to, to the clothes we wore, and even our way of talking.

Ray Charles, James Brown, and Sam Cooke were the pioneers of soul music. They all have roots in gospel music which gave them their transition to soul music. Ray Charles was the first to include components from Black church, from structure to harmony, rhythym organization, and vocal style. James Brown created his own rhtyhmic conception called Polyrhythmic structures, which is several contrasting rhythms played at one time. Sam Cooke created the song “A Change is Gonna Come” which many scholars believe is the transition from rhythym and blues to soul music.

In my opinion, soul music is a very powerful genre and really influenced a generation. I love the impact it had on social movements, and how it is still around even today.