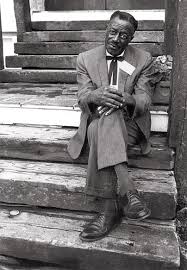 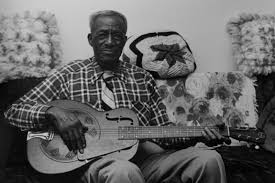 Son House’s place, not only in the history of Delta blues but in the overall history of the music, is a very high one indeed. He was a major innovator of the Delta style, along with his playing partners Charles Patton and Willie Brown. Blues originated in the Deep South in the 1870s. It is derived from slave work songs and negro spirituals. It has the “call & response” pattern that we hear in a lot of hymns and church songs today. Other forms of music that come from blues include country, jazz, rock & roll, and rhythm & blues to name a few.

Eddie James “Son” House was born March 21, 1902, in Riverton, MS. He was brought up in the Baptist church. By the age of 15, he traveled from plantation to plantation preaching at different baptist churches. The first time Son heard the guitar, he wasn’t fond of it. He didn’t like to see or hear men who played the guitar. However, one drunken night in Lyon, MS,  he stumbled into a blues house party and picked up a guitar. Randomly, he earned a few dollars that night and decided he wanted to become a blues artist from then on. Son’s drinking became a problem for him when one night at a house party he killed two people. He went to prison but was released after two years because his parents pleaded with the court. He was banned from Lyon after he was released and he dedicated his life to blues from then on.

After leaving Lyon, Son moved to Lula, MS, where he met a Delta Blues artist named Charley Patton. Through Charley, Son was able to record for the first time for Paramount Label in 1930. After that, he mostly performed at the homes of sharecroppers on weekends. He worked and lived at a few plantations and would preach there on Sundays and resume his life as a blues artist at night. In 1941, he recorded at Fisk University under the direction of Alan Lomax and John Work III. They recorded Son, Willie Brown, Fiddlin’ Joe Martin, and Leroy Williams at a store and train station. On the record, the train can be heard. House recorded in Mississippi with the Library of Congress for the last time in 1942.

House retired to Rochester, NY in 1943. He was rediscovered in 1964 by a group of blues fans which included Dick Waterman. Dick managed his “comeback career” and booked him at various blues festivals. His most notable album was released in 1965 under the name Father of Folk Blues. He didn’t perform much after the 1970s. He lived in Detroit with his wife until his death on October 19, 1988. 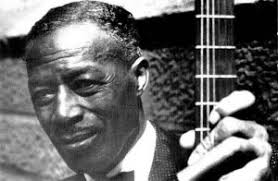