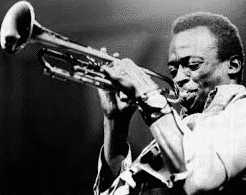 Miles Davis was born on May 26, 1926, in Alton, Illinois. He was an American jazz musician, a great trumpeter who as a bandleader and composer was one of the major influences on the art from the late 1940s.

He began studying trumpet in his early teens. Davis played with jazz bands in the St. Louis area before moving to New York City in 1944 to study at the Institute of Musical Art (now the Juilliard School). He played with other Jazz musicians like Dizzy Gillespie and Charlie Parker.

This exposed Davis to different Jazz where he experimented with different harmonies and rhythms. Davis didn’t stick to one type of Jazz he made his name in in Cool Jazz, Modal Jazz, Free Jazz, and Jazz Fusion. Performing with so many different people who were big names in their specific genre of jazz helped Miles become so well rounded in different forms of jazz.

In the summer of 1948, Davis formed a group that consisted of instruments rarely heard in jazz, such as the French horn and tuba. This group had bebop nature. The group did not last long but had recorded a bunch of tracks that were originally released as singles, changing the course of what was then known as jazz. The tracks were later collected in the album Birth of the Cool (1957).

Later he formed classic small groups in the 1950s, his album Kind of Blue (1959) was the most celebrated album in the history of jazz including examples of modal jazz.

In late 1962 he began forming a new quintet was which played free jazz.

Davis began experimenting with electronic instruments with other musicians, which led to In a Silent Way (1969), an album of the jazz-fusion movement.

It was considered by purists to be Davis’s last true jazz album.

With the release of Bitches Brew (1969), an album on which he fully embraced the rhythms, electronic instrumentation, and studio effects of rock music. Davis continued in this style for a few years. 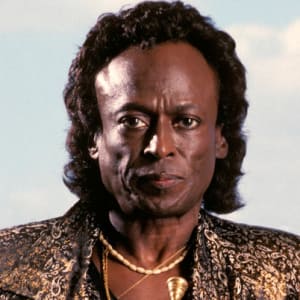