The Influence of Lightnin' Hopkins on Blues

“What is the blues? Life. Life as we live it today, life as we’ve lived it in the past, and life as I believe we will live it in the future.”

Samuel John “Lightnin'” Hopkins was a musician that is considered a “country bluesman of the highest caliber.” At the tender age of eight years old, he experimented with music and made his first instrument- a cigar-box guitar. By age ten, he played music with his cousins, Texas Alexander and Blind Lemon Jefferson, and his brothers, John Henry and Joel. Lightnin’ Hopkins’ musical career stretched over the span of 60 years, from the 1920s to the 1980s. Throughout the years of being a musician, Samuel John Hopkins has witness the many changes of the genre blues. Lightnin’ Hopkins is well-known for his knack for improvising lyrics to fit the “blues” situation, and the challenging riffs that he made look  easy. Today, Lightnin’ Hopkins can still be considered one of the most influential artists in blues. 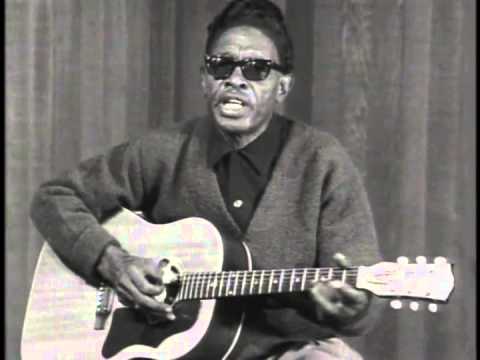 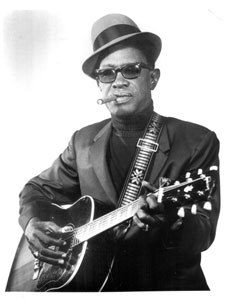 After years of practicing music, Lightnin’ Hopkins experienced his first musical breakthrough in 1946. This occurred with Aladdin Recordings in Los Angeles. It was through his experiences with Aladdin recordings that Samuel got his name. He naturally acquired the nickname in his partnership with Wilson “Thunder” Smith. Clearly impressed with his skills, Lightnin’ Hopkins was invited back to the studio and later recording a total of over forty recordings jobs for the label.

Hopkins has recorded for nearly twenty different labels, including Gold Star Records in Houston. Though he recorded very often between 1946 and 1954, his most most popular audience and fan base was based in the Black community. In 1959, when Hopkins worked with well-known producer, Sam Charters, and his music instantly had a wider reach and and began to reach mainstream White audiences. During this time, Hopkins was a part of the folk-blues revival in the 1960s as he switched to mainly using an acoustic guitar.

During the early 1960s, Lightnin’ Hopkins further expanded his horizons by joining Pete Seeger and Joan Baez in performing at Carnegie Hall and then the American Folk Blues Festival in 1964. In the 1970s, Lightnin’ Hopkins performed at the New Orleans Jazz and Heritage Festival and he even had the opportunity to perform for Queen Elizabeth II.

Lightnin’ Hopkins’ biggest hits included Short Haired Women, Shotgun Blues, and Penitentiary Blues. His albums included The Complete Prestige /Bluesville Recordings, The Complete Aladdin Recordings, and the Gold Star Sessions (both volumes). Samuel John Hopkins recorded a total of over 85 albums. Unfortunately, Lightnin’ Hopkins was in a car crash later in the 1970s, but many concerts continued to take place on his front porch or at a bar near his house. This can only begin to explain his influence on his fans/supporters as well as the genre itself. He had a knack for writing songs impromptu, and frequently wove legends around a core of truth. His often self-reflective songs made him a representative for the southern Black community that had no voice in the White mainstream at the time. In 1980 Lightnin’ Hopkins was inducted into the Blues Foundation Hall of Fame.

People have learned how to strum a guitar, but they don't have the soul. They don't feel it from the heart. It hurts me. I'm killin' myself to tell them how it is.