Hip-hop is a creative expression widely used by African Americans, Afro-Caribbean’s and Latino Communities. It has many ranges of performance expressions, such as breakdancing, DJing, vinyl records, and MCing also known as rapping. Rap comes from the cultural and verbal traditions of African descent people. Many of the influences that came with hip-hop and rap came from Caribbean immigrants who brought over their musical practices. Some of the musical practices used where toasting and Dub. Toasting is a long verbal narrative performed from memory and passed orally. Dub is the concept of creating instrumental versions of popular music over DJ raps. These musical practices emerged the styles of DJs and MC/rapping. MC is the master of ceremony, a rapper who performs in a hip-hop context. In the 1970s rapping became known as the art of delivering verbal rhetoric to impress or persuade the listener. It became very popular for R&B artist, such as Issac Hayes and Diana Ross began to add rap sections in their songs. Rapping also became a way of speaking and expressing political and social views by many activists, such as H. ‘rap’ Brown and poets, Nikki Giovanni and Gil Scott Heron.

The socioeconomic status in many black communities played a huge role in the early styles of rap and hip-hop. There was a lot of violence and gang activity that was taking place in many communities. The first expression used was graffiti and break dancing performed to music played by the DJ. Later MCing was incorporated into the hip-hop culture. Hip-hop culture was that included clothes, attitude, graffiti and certain language. In the early emergence of hip-hop expression was performance. Some performances included were rap shows and hip-hop events at parks, community centers, clubs, gymnasiums and private basements.  From these performances the term ‘freestyling’ came about, where people would rap off improve or as many would say ‘off the dome’. From these freestyles, tapes of rappers began to be produced and sold. Remixes began to be made, which is an original song that has new elements or parts.

As time went on rap entered a stylistic and economic shift as it went from being distributed from such small local black owned labels to international and corporate led labels. This was strongly led by Russel Simmons that formed his own business, Rush Management. As time went on Def Jams records was founded in 1984 being another label to produce and manage music. In the mid 1980s and 90s hip-hop began to diversify and went in many directions. This period in time is known as ‘the Golden age’ of rap, due to the creative and diverse sound that was produced and created. There was the style of combining storytelling, catchy radio, crowd-friendly hooks and strong production. It was in contrast with classic hip-hop that had hardcore themes and explicit language and tones. This style had more of an edgy and ‘keeping it real’ vibe. This is also the time when women in hip-hop became known very well. It changed the notion that hip-hop was male dominated, women MC’s such as, Missy Elliot and Lauryn Hill. Many other women MC’s are Da Brat, Eve. Lil Kim and Foxy Brown.

Elements and different styles of Hip-hop and Rap included the hardcore rap, classic rap, pop-rap, alternative rap and gangsta rap. Classic rap included elements of hardcore and pop-rap. Hardcore rap was a controversial hip-hop style characterized by hypermasculine images and street themes, explicit language. Pop-rap is a rap characterized by catchy and upbeat lyrics. Alternative rap is hip-hop music that does not conform to traditional or commercial styles of rap. Gangsta rap is a hardcore style of rap that became very popular in the west coast for its delivery of lyrics and gang affiliation.

The regional sound of Hip-Hop and Rap was divided into 3 regions, the west coast, east coast and the ‘dirty’ south. In the west coast there were very well known for the distinct style including, slang, accent, tempo, thematic emphasis and local references. There was also the distinct style to include this attitude and vibe of being a gangster and hustling. Many popular artist from the west coast are group N.W.A. Rappers in the group and others, Eazy-E, Dr.Dre, Ice Cube, DJ Yella, MC Ren and D.O.C created many popular hits that expressed what was in many communities especially dealing with the police. There was a huge feud west and east coast that went on for many years. Taking place would be rap battles and diss records from rappers. Well known rappers from the east coast Suge Knight, Tupac, and Notorious B.I.G. Down in the deep south was the hip-hop styles in states, Houston, New Orleans, Atlanta, Miami and Virginia. There was a unique style that was created in the south within hip-hop such as, ‘trap music’, New Orleans’ ‘bounce’, ‘crunk’, and ‘chopped and screwed’ remixes. Well known artist from the dirty south are Goodie Mob, Geto Boys, Pimp C, and Master P. 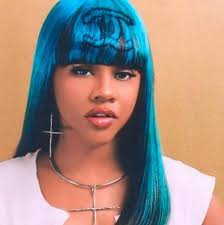 Hip-hop was turn in a black popular music that shaped the change in expression in the black community. It was a monumental turn for much of the youth that found many ways to express their life in positive ways. As well as a way to spread information to inform the communities. The many styles and typed of rap and hip-hop created diversity within the genre. While hip-hop was a positive aspect, the violence it created was a downfall as well. Along, with the fact that police and people in power tried to silence and sensor the voice of many black artist to speak the truth going on in this post-civil rights era.

Hip-Hop and rap was a transformation time in black popular music. It shaped and changed the game for the black community in many ways. It was movement during the post-civil rights era and the music was an expression and release used to deal with the world around black communities. I would say Hip-hop and rap is one of my favorite genres, but I would say that rap now has taken a terrible turn with many so called ‘rappers’ can sadly no longer rap. I wish desperately that this musical genre can take a turn into the right direction.